We all went and saw the new Spiderman movie yesterday.  I was reminded of hearing John Irving say in an interview lately that he is someone who “doesn’t like movies.” I probably fall in that category as well. My grandkids, daughter-in-law, son and wife all seemed to like it. And, of course, I love doing things with my family. This movie’s Spider-Man reminded me much more of the character in the comic book I remember.

The actor who plays Spider Man in the new movie, Andrew Garfield reminded me of a combination of Tony Perkins Came home and pulled up an ebook copy of Neil Gaiman’s Coraline. Read it. I liked it. My grandchildren and daughter-in-law don’t seem to have liked the movie based on it. Too creepy. The creepiness is what I liked. Apparently after finishing it Gaiman read it to his six year old and she liked it. My wife pointed out that our local library (in Holland Michigan) has subscribed to Audiobookcloud. So by logging on to the Herrick website, one can stream numerous audio books.

Last night we fell asleep to a favorite: Confederacy of Dunces by John Kennedy O’Toole.

Trying to get up the gumption to go hunting for an organ to practice on today. Also planning to hire a piano technician to come in and make my grand son’s  creaky old upright piano playable. 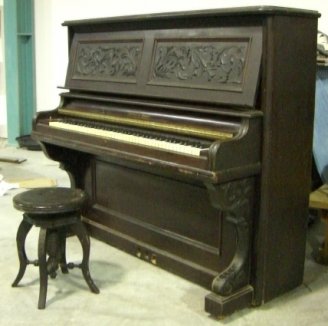 Cool. Have only read one of these.

How Alice Got to Wonderland by Ted Gioia

Stuck this up on Facebook yesterday. Apparently next week is an anniversary of the first time Dodgson (Carroll) told the story to his nieces.

Al Jazeera Says Arafat Might Have Been Poisoned – NYTimes.com

No surprise if this is true.

I remember when I watched the Twin Towers fall on TV. I said to the people in the room, we might as well go down and register for our national I.D. card. I guess I was wrong. But not about the fear.

Che Guevara and Ireland. Who knew?

The Downside of Liberty – NYTimes.com

Another article analyzing (and castigating) both right and left. Makes sense to me.

Thanks to the ’60s, we are all shamelessly selfish.

Leah Price on the History of Reading | FiveBooks | The Browser

Counter intuitive notion that more women began reading romances turned out to be a feminist notion.