Something happened in class yesterday that has been rattling around in my brain. The students were having difficulty connecting and maintaining poised relaxed energy. No doubt due to the impending finals and end of semester. Julie, the teacher, noticed this. She responded in several ways. One of them was to ask the students to think of one aspect of their technique and concentrate on it for the hour and half of dancing. She then asked each student what they had thought of. This is one of her techniques in which she will quiz every student in the room. Questions she has asked in the past of including “What did you have for breakfast?” and “What performance of an upcoming dance recital are you planning to attend?”  So the questions are not always that abstract. After listening to the first student respond with “Risk taking” (!) I zoned out a bit. What would I answer if she included me? This was pretty easy for me. I was happily surprised by the section I had arrived at in David Byrne’s How Music Works. He describes his (and his bands) compositional process for their album, “Remain in Light.” This includes one of my favorite Talking Heads tunes: “Once in a Lifetime.”

The way they did this album was to have members of the band lay down tracks of loops of music, a “repetitive groove that would last about four minutes presumably the length of a song.” One person would lay a track, others would listen and record one that fit with it. Byrne observes in a somewhat confused manner typical of the whole book that “Often in these songs there was no real key change.” By this I think he means chord changes. If you think about the song, “Once in a Lifetime” as a result of this process one can understand how it can be successful. This looping interests me. It reminds me of the minimalist compositions that I admire (which is not necessarily a long list). So when Julie said to me, “So, Steven (she calls me that), what are you thinking about this class?” I responded I was thinking about how Talking Heads used a loop technique and wondering how to incorporate that idea into my improvisations for the day.

Julie looked around the class and asked them if they had heard of Talking Heads. Blank looks. I babbled about the movie, “Stop Making Sense.” Mentioned the goofy guy in an over size suit. More blank looks.

Julie looked at me and sweetly said, “You might as well be speaking Chinese.”

Having been so immersed in my own reading and thinking lately, this was a bit disorienting to me. To think that these students didn’t know about Talking Heads didn’t upset me, it just made me wonder what that was like.

It ironically reminded me of Byrne’s own lack of larger context for his thinking and music. He doesn’t seem to count much music that interests me (like Bach, Mozart and Schubert mentioned in yesterday’s blog). 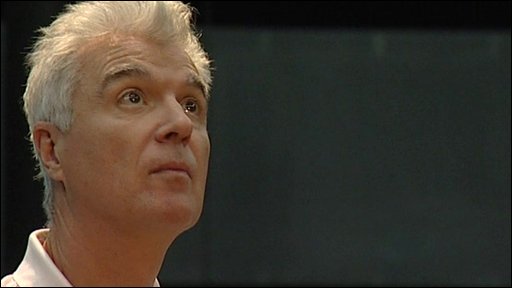 When I was in my early teens, I remember looking around at church one Sunday morning in West Court Street Church of God, Flint, Michigan, where my father was the pastor. What were we doing when we came to church? I wondered innocently. How did it come about? Who first started doing it? Why did it start? 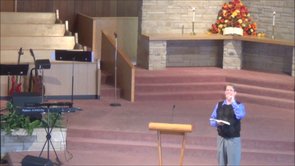 This was an intense breakout of curiosity that I remember distinctly.

It is this curiosity that continues to impel me. It’s basically why I am reading Diarmaid MacCulloch’s bio of Thomas Cranmer, the famous framer of the first Anglican Book of Common Prayer. We all have limited vision and understanding, no matter who we are. But for me, one of the fun things of life is learning. Whether that’s how Talking Heads made a song I admire or how the young Sebastian Bach might possibly have been educated or how in the world Western Civilization moved from being essentially united by one faith to a place where faith is optional and the choices are many.

Incidentally I failed in my adapting loop technique to my improvs yesterday. Other musical ideas came out instead.