Well, it’s happening. I’m enjoying conversation with Sarah, Matthew and Eileen without driving any one of them particularly nuts. Desired effect achieved. 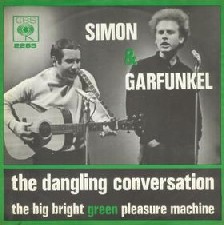 They arrived late last night. Sarah had an awful trip. She was ill for it and had to be escorted in a wheelchair at one point. Matthew texted that she was “broken” but he was taking care of her.

He also mentioned how rude the people had been to him at O’Hare. Sooprise.

They have had a marathon prior to this visit due to the fact that they are moving. Matthew’s father has to move all  his stuff in and out of his current apartment as well. Matthew and Sarah describe weaning their stuff in order to expedite storing it in two different storage sites, one short term, one long term.

They do look exhausted but happy to be somewhere, probably anywhere, they are not having to sort and move stuff.

I didn’t get a lot of sleep last night myself. I did manage to stay awake till the kids got here (read no martini until they were here).

Sarah said they seriously considered taking a room in Chicago since she felt so bad. Matthew felt that if she kept moving she would feel better. Apparently he was right.

Right now they are freshening up. Then we plan to go out for breakfast.

I did get in most of my morning reading this morning. I was pretty impressed with one poem by Baraka. Here’s a taste:

There’s more but you get the idea. I identify with the first person of Baraka’s poem (it’s titled the first line and doesn’t seem to be online other than on Google books where you can read the whole thing.)

My relationship with the internet began with me looking for conversation and ideas and other people. It has progressed to the point now that I don’t expect conversation, but I do get ideas and lots of good info from the interwebs.

More on the Amazon/NYT/Beezos debacle. Bad coverage. Thank you CBS.

Why You’re Biased About Being Biased – Facts So Romantic – Nautilus

I continue to think about thinking. My son, David, put this link on Facebooger. Bookmarked to read.

The Idealist Versus the Therapist – The New York Times

I don’t remember where I picked this up, but it looks interesting. Bookmarked to read.

The more I read and learn about the Supreme Court, the more I think they are not helping the USA. Here Clarence Thomas goes nuts when he didn’t have to.