I am meeting my friend, Rhonda, this morning at 9 AM at St. Francis church. She has asked me to pull stops for her concert tomorrow night. Interestingly, while I had little interest in going to the whoopydoo organ concert at Hope this week, I was already thinking of showing up for Rhonda’s Saturday concert. Mostly I think of her as a colleague and want to be supportive. The little instrument she is performing on is quite charming. It’s a one manual with pull down pedals (this means most of the pipes for the pedals are drawn from the pipes the keyboard plays and that the keys on the keyboard depress as you play the pedal). I’m assuming that Rhonda will need some help with manipulating stops as she wrings music out of this tiny organ.

The instrument we are having built for our church has no buttons that enable the player to instantly change the stops (pistons). This is the same as the instrument Rhonda is practicing on this morning. I wasn’t aware of this until sometime last year when I directly asked the builder about it. He said that his proposal had no provision for pistons and that it would be expensive and cumbersome for this kind of instrument to have them. I acquiesced. I hope this ends up being a wise decision. It will put me in the position Rhonda is in for this concert. If I want to change pipe sounds in a clever way (as one often needs to), I will have to have people helping with this. Stop pullers, they are called. 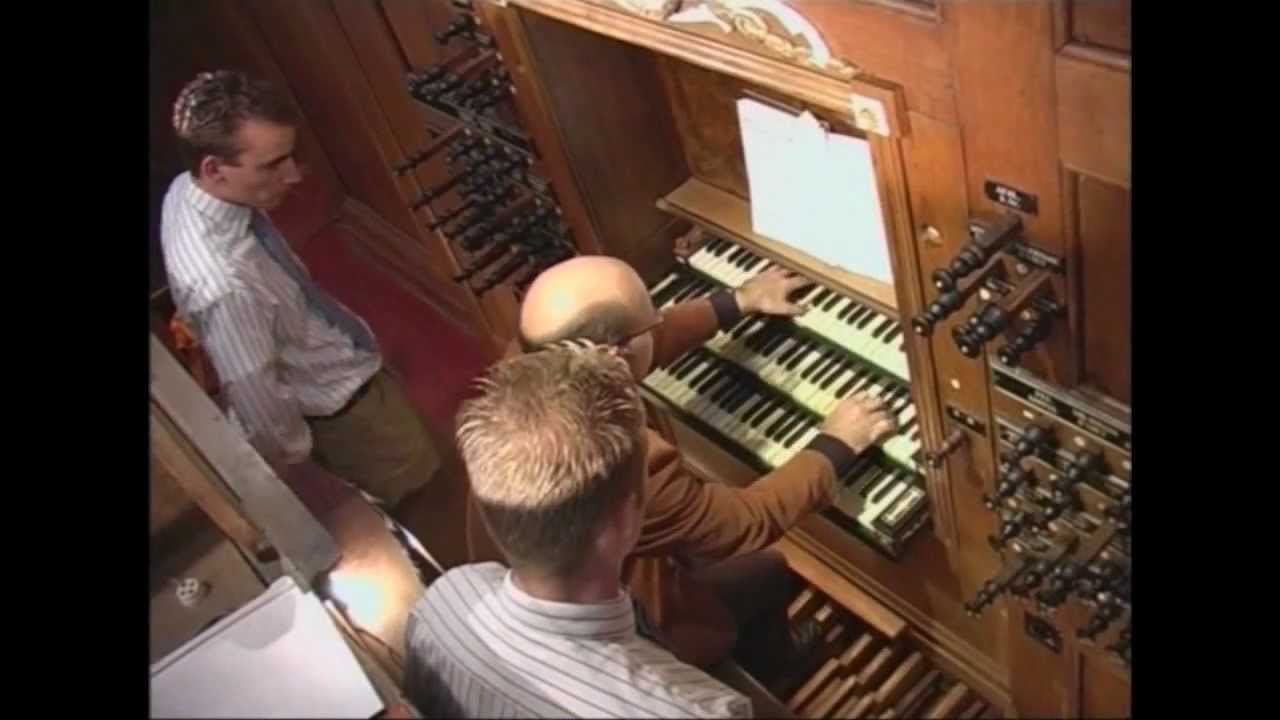 These cancellations fit my mood which was one of low motivation…. sort of a blah feeling. I eventually built up enough steam to go to the library, visit my Mom, and go  to church to practice. After I got home, Eileen asked me how practice went. “Lousy,” I said. “I wasn’t going to tell you about it but you asked. I couldn’t concentrate. I sound like shit.” The restaurant that Eileen and I spent many hours of fun time together is closing. The CityVu Bistro will close after Sunday. Eileen wanted to go for one last time last night. I said okey dokey and off we went. It was a bit weird. We’re poor these days so we used a gift certificate from daughter Sarah (Thank you, Sarah!) and had drinks and starters.

The manager chatted us up as he usually does. We found out that he is losing his job as of Sunday. He said his job was hard anyway now that he’s married. It’s a good job for a single guy. He’s planning on trying to sell insurance and spend more time with his wife and six year old kid. It sounds to me like he kind of got screwed, but he was matter of fact about it.

One of the reasons I went to the library was to pick my my inter-library loan copy of Kitcher’s Joyce’s Kaleidoscope. Coincidentally  My copy of A Word in Your Ear: How & Why to Read James Joyce’s Finnegans Wake by Eric Rosenbloom arrived in the mail.

I am once again reading Finnegans Wake. Maybe this time I will go much slower. So far that has been the case. I savor the beauty and comedy with a slow read. I’m thinking Kichner is going to be more interesting than Rosenbloom after perusing both of these. Kichner drew me in with his experience of being a common reader and connecting with Joyce. He calls Finnegans Wake, Portrait of an Artist as an Aging Man and refutes the idea that Joyce was building a puzzle for readers. This is more the way I am experiencing the book.

Rosenbloom is trying to talk readers into Finnegans Wake. Unfortunately in the first few pages he made some comments that I found confusing if not incorrect. But I’m still thinking about it. I see reading books like this as a substitution for conversations with like minded smarter readers. Once again my books are keeping me going.

This is the way Parliament comes into the digital age.

Finding Beauty in the Darkness – The New York Times

This is a big deal.

While the political displays we have been treated to over the past weeks may reflect some of the worst about what it means to be human, this jiggle, discovered in an exotic physics experiment, reflects the best.