I spent quite a bit of time playing Mendelssohn on the piano yesterday. As the day proceeded I seemed to be slipping into mild melancholy.

Later in the day, the local shoe shop called to say a pair of my shoes were ready to be picked up along with the modified insert they had prepared at my request.  Oddly, this seemed to be the turning point of my mood and I began to feel better (shopping is genetically a mood restorer for me I guess). I went downtown and bought the shoes, put them on and walked around. I walked to the shop where I buy my coffee beans and bought a pound. Then I went to the music store where a friend of mine works that I haven’t seen in a while. I walked around the store but he was nowhere to be seen.

I played my two afternoon ballet classes in a much better mood. Last night I had three dreams about my Dad. Between each dream I woke and then fell back asleep.

In the first dream, he had returned from wherever he had been to get Mom. He felt that she would be better off living in Kentucky closer to where he was living in Tennessee. He was flipping through phone books for some reason.

The second dream was Mom’s funeral (she is the living one in reality). I was standing with my Dad, his brother Johnnie and my brother Mark. My Dad said that Johnnie really should do the funeral since he had the best singing voice. I said that Mark actually had the best voice in the family. Mark said his son Ben did and I agreed with that.

In the last dream, my Mom was alive again. Dad was once again returned from wherever he had been. He had decided to use the proceeds from their house sale to buy another house. He wanted to go look at a house that he and Mom had looked at before. Surprisingly the house was only about 29K. Dad thought they should buy something more expensive since they had the money from the house sale plus were pulling in 200K a year.

I tried to dissuade him from taking on Mom’s care pointing out that was the mistake that she had made with him. As I was leaving my brother Mark invited me to sit in a lawn chair for a chat.

My sister-in-law Leigh was dancing around with the ballet star Nureyev.  Mark felt that I was making a bad decision to give Dad the power to make his own financial decisions. I countered in the dream that I would lay it all out for Dad and agreed that he was likely to make a bad decision but it was his right to determine his own direction and fate. Meanwhile Leigh danced with Nureyev.

I can’t imagine this stuff that I’m writing interests anyone but it’s all that’s in my head this morning. Rilly rilly interesting, eh?

Al Qaeda Finds Itself at a Crossroads – News Analysis – NYTimes.com

“Democracy is bad news for terrorists. The more peaceful channels people have to express grievances and pursue their goals, the less likely they are to turn to violence.”

This seems to be an online essay about propaganda. I read a bit of it yesterday while treadmilling.

I’m trying to differentiate between logic fallacies and propaganda.

Roger Ailes, Fox News, And The Rule Of Law | Media Matters for America

A couple of articles I bookmarked to read. 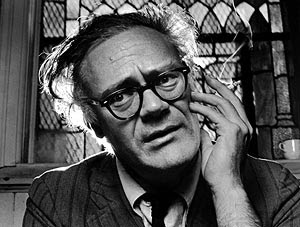 According to the Writer’s Almanac, today is Robert Lowell’s birthday.  I used to read his poetry when I was much younger. Here’s one I liked:

The Literary Life, a Scrapbook

My photo: I before I was I, or a book;
inch-worm! A cheekbone gumballs out my cheek;
too much live hair. My wife caught in that eye blazes,
an egg would boil in the tension of that hand,
my untied shoestrings write my name in the dust…
I rest on a tree, and try to sharpen bromides
to serve the great, the great God, the New Critic,
who loves the writing better than we ourselves….
in those days, if I pressed an ear to the earth,
I heard the bass growl of Hiroshima. No!
In the Scrapbook, it’s the old who die classics:
one foot in the grave, two in books—one of the living!
Who wouldn’t rather be his indexed correspondents
than the boy Keats spitting out blood for time to breath?

2 thoughts on “some rilly rilly interesting stuff about jupe's day”