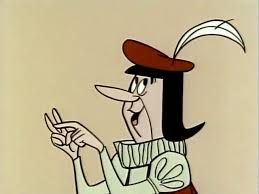 Feeling a tad less melancholy today. That’s nice. My evening meal out with Eileen last night was very enjoyable. I do enjoy her company. It’s probably because she so patiently and intelligently listens to me.

I was drained yesterday by the time we sat down to martinis (mine gin, her’s chocolate – ! ). My morning ballet classes were especially satisfying. I was pretty pleased with my improvisations. In the early class, the teacher had requested me as accompanist even though I wasn’t scheduled so I could accompany her final exam. I find accompanying exams slightly nerve wracking because I don’t want to throw kids off when they are being evaluated. I have another set this morning. I try to be especially clear and consistent when I do this.

In my pointe class, Amanda Smith continued her wise discussion of performance anxiety. I do admire this teacher and her explanations. She told a story about her dance class in Ada Michigan which described ironically as a bit rich and reserved. The kids were a few days away from a grand performance of The Nutcracker and were focusing largely on technical questions. Amanda said told these high schoolers that sometimes you have to just say “WHAT THE HELL” and just dance. One small kid said she was thinking that but thinking “What the HECK.” Amanda told them that was okay, but that they had to really mean “HECK.” She described them later lining up to dance and whispering to each other, “what the HECK.” Very inspiring to this old musician who continually tries to “just play” and remind himself that in the words of Bill Murray’s character, “IT JUST DOESN’T MATTER.”

Haven’t been getting to links lately, so here’s a few. 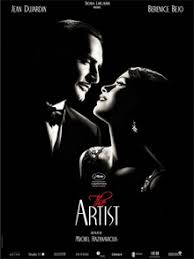 “Paying attention to anything will be the missing commodity in future life. You think you’ll miss nothing, but you’ll probably miss everything.”

“It’s a weird paradox that the essential feature of technology is talkativeness, but usually without the sound of human voices attached.”

I think this was a good speech. I didn’t watch it. Instead as is my usual procedure I read it.  I recommend reading it all the way through if you haven’t. It’s rhetoric was a little high flown in places, but I think the content was pretty balanced when you read the whole thing. Most of the criticisms I read in the following links are refuted by quotes from the speech itself.

Some reaction from people who oppose Obama:

This writer draws a picture of Obama as strictly the leader of the Democratic party figuratively plowing his motorcade into bystanders he is ignoring. Unfortunately I don’t think the bystanders are all that “innocent” if one is thinking about people who are trying to get Americans to ignore their hand in the public cookie jar (via huge subsidies and low taxes for people who in Obama’s words are not millionaires but people who make a million dollars every year).  I think it’s pretty obvious that Obama is as embedded in the US power structure as any Republican or pundit. How in the world do you think he got elected? I have disagreed with his kowtowing to the banks and financial leaders even as they and their rhetorical reps pillory him. Easy to shoot at the black guy even when he’s basically on your side, I guess.

Here are a couple more links of people who oppose Obama.

The Last Incarnation of Barack Obama

This one says that both Obama and Teddy Kennedy were leftists. I find that pretty laughable (being far left of either one).

I read a lot of distortion in these reactions. I didn’t read many articles that supported Obama’s speech. I suspect there is distortion there as well.

FWIW I think the hysteria of partisanship (brought to you largely historically by figures like Gingrich, Rove and Norquist) has so far  removed political discussion from calm coherence that people expect distortion, especially distortion they agree with. I find it particularly troubling when history gets re-written (this seems to be Professor Gingrich’s specialty as far as I can see).

I haven’t read anything that refutes Obama’s contention that trimming government (via recent tax breaks or early 20th century monopolies) has ever actually helped the economy. The right seems to be all theory to me right now. Theories and of course stoking anger and emotions against the president and more prudent (conservative actually) approaches to American problems.

For my part, I think that the NYT (that bastion of lily livered communists and fellow travelers) has it right:

Mr. Obama correctly framed the choice for voters: The country can return to policies that stacked the deck for the wealthy and left everyone else to fend for themselves, creating what he called “you’re on your own economics.” Or elected officials can step in to keep competition fair and ensure the government has enough money to protect the vulnerable and invest in education and research.

The notion that the market will take care of all problems if taxes are kept low and regulations are minimized may look great on a bumper sticker, but, he said: “It doesn’t work. It has never worked.” Not before the Great Depression, not in the ’80s, and not in the last decade.”

Compromise and the Supercommittee – NYTimes.com

When America Apologizes (or Doesn’t) for Its Actions – letters to the editor  NYTimes.com

Compromising…. apologizing…. acting like adults…. none of this flies these days.

Vietnam – More Than 100,000 Casualties From Explosives Since War Ended – NYTimes.com

2 thoughts on “some missing links”