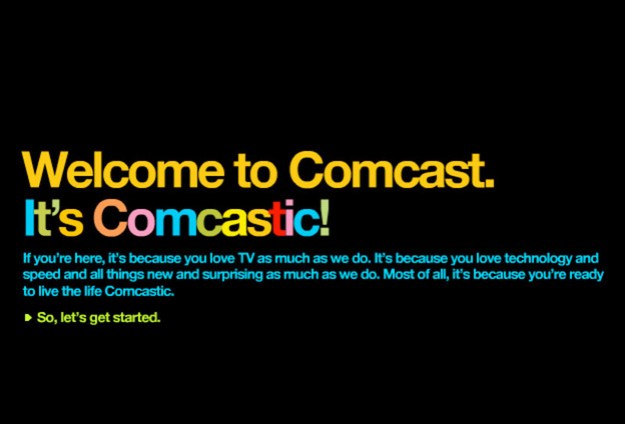 Comcast seems to have healed itself.  I phone them again yesterday and the robot told me that my service outage was part of a large problem scheduled to be fixed by 1:30 PM or so. Sure enough, the speed came back. How bout that? I continue to be inspired by the interwebs even as a part of me wonders at the fragility of it. It seems so ephemeral and dependent on connections that can be broken or lost. I hope that it continues and plan to avail myself of it as long it does and I can access it.

At the same time I marvel at how complicated simple things have become. I muse that in order to listen to music or watch a video, it used to be so simple: turn a switch.

Now more often than not it involves problem solving. I find this a weakness in the tech itself. But maybe it’s a character flaw in the user (me): impatient when I realize that the reasons the music is not playing or the video has paused are mutli-layered and interconnected. One must consider is it the hardware? is it the software? is it the Internet service provider? Is it some new weird lack of compatibility between one or more of these to work well with the others?

By this time I have often decided to deal with it some other time.

Recently, I received an email from someone searching for information about old Deagan marimbas. My website had come up in a search. Their father was a marimba player on the radio and had left his instrument as part of his estate. They were looking for information on refurbishing and value of the instrument. I pointed them to some of the resources David Hall used when answering some of the same questions about my marimba.

I think this is kind of cool.

And yesterday as Eileen and I were sitting in an insurance office (still trying to clear up confusion around our health insurance) I texted back and forth with Sarah the daughter in England about new music we are listening to. There are more museums in the U.S. than there are Starbucks and McDonalds

China cracks down on dancing grannies and Guangchangwu

This is a story I’m sort of following. This report from the Australian Sydney Morning Herald says that the Chinese government has now developed a list of 12 dances and some music that are sanctioned by the government for use. What a weird way to do that!

Here’s a video of one of the tunes that is okay with the China government.

Looking at the comments I was able to figure out some of what happens in this video.