Christopher Morley’s writings seem to have a nostalgic appeal to me. They romanticize books and book shops.  I was a part owner of a book shop for a while. We kept this quote on a plaque on our wall: 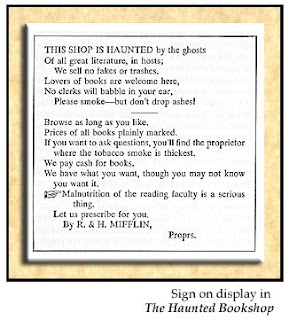 All this bookshop nostalgia came to mind yesterday when I read the following article by a writer and thinker I admire, Cory Doctorow:

Locus Online Perspectives » Cory Doctorow: Why Should Anyone Care?

Doctorow talks about his experiences as a bookseller.

Speaking of guilty book pleasures, I also found another online collection of books. Specifically according to the website itself: “9,554,741 total volumes.”

I love it when I stumble across stuff like this. Amazing collection. Seems to be open to all users!

My wife is a long time fan of Dr. House. The actor is releasing a blues album in a few days. 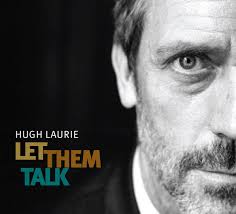 Good quote in this article:

Laurie’s response when asked about his own happiness.

He has also written a book. What a guy. 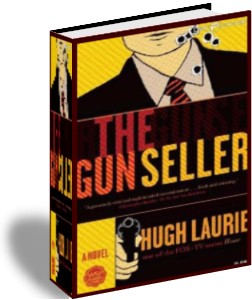 Speaking of curmudgeons, here’s another article by one of my favorite ones.

Simply evil: A decade after 9/11, it remains the best description and most essential fact about al-Qaida. – By Christopher Hitchens – Slate Magazine

Hitchens who is far to the right of myself is someone whose thinking and prose I quite admire even (especially?) when I disagree with him.

“Holocaust denial is in fact a surreptitious form of Holocaust affirmation.

“The fatwa against Salman Rushdie was a direct and lethal challenge to free expression, not a clash between traditional faith and “free speech fundamentalism.”

“The mass murder in Bosnia-Herzegovina was not the random product of “ancient hatreds” but a deliberate plan to erase the Muslim population.

“The regimes of Saddam Hussein and Kim Jong Il and Mahmoud Ahmadinejad fully deserve to be called “evil.”

“And, 10 years ago in Manhattan and Washington and Shanksville, Pa., there was a direct confrontation with the totalitarian idea, expressed in its most vicious and unvarnished form. Let this and other struggles temper and strengthen us for future battles where it will be necessary to repudiate the big lie.”

Christopher Hitchens in the linked article

Here are a couple more noteworthy (IMNSHO – in my not so humble opinion) 9/11 articles.

Can the United States move beyond the narcissism of 9/11? | Gary Younge | Comment is free | The Guardian

A Libyan Prisoner Lives to Tell His Story – NYTimes.com

On the ground in Libya. I especially liked the part where Madoun was about to release a video of his decision to go with the rebels. His wife has a wonderful response: “I told him it’s a big mistake… Why don’t you think before you do this?’

He didn’t do it. His wife helped him see how it would endanger not only himself but her and their kids.