Every morning I am spending almost an hour exercising and stretching. I like to have something playing on the computer that keeps my attention if possible. Today it was this:

Harold Bloom has had a huge influence on me, especially regarding Shakespeare. I love to read him and listen to him.

This video kept me company this morning. If you like Shakespeare, you can do worse than listen to it even if it dates from 2012. You know. Way back when Bloom was the young age of 81.

Now in his late eighties, Bloom has published another book this year, Possessed by Memory: The Inward Light of Critcism . I have been reading in the library’s copy of it. 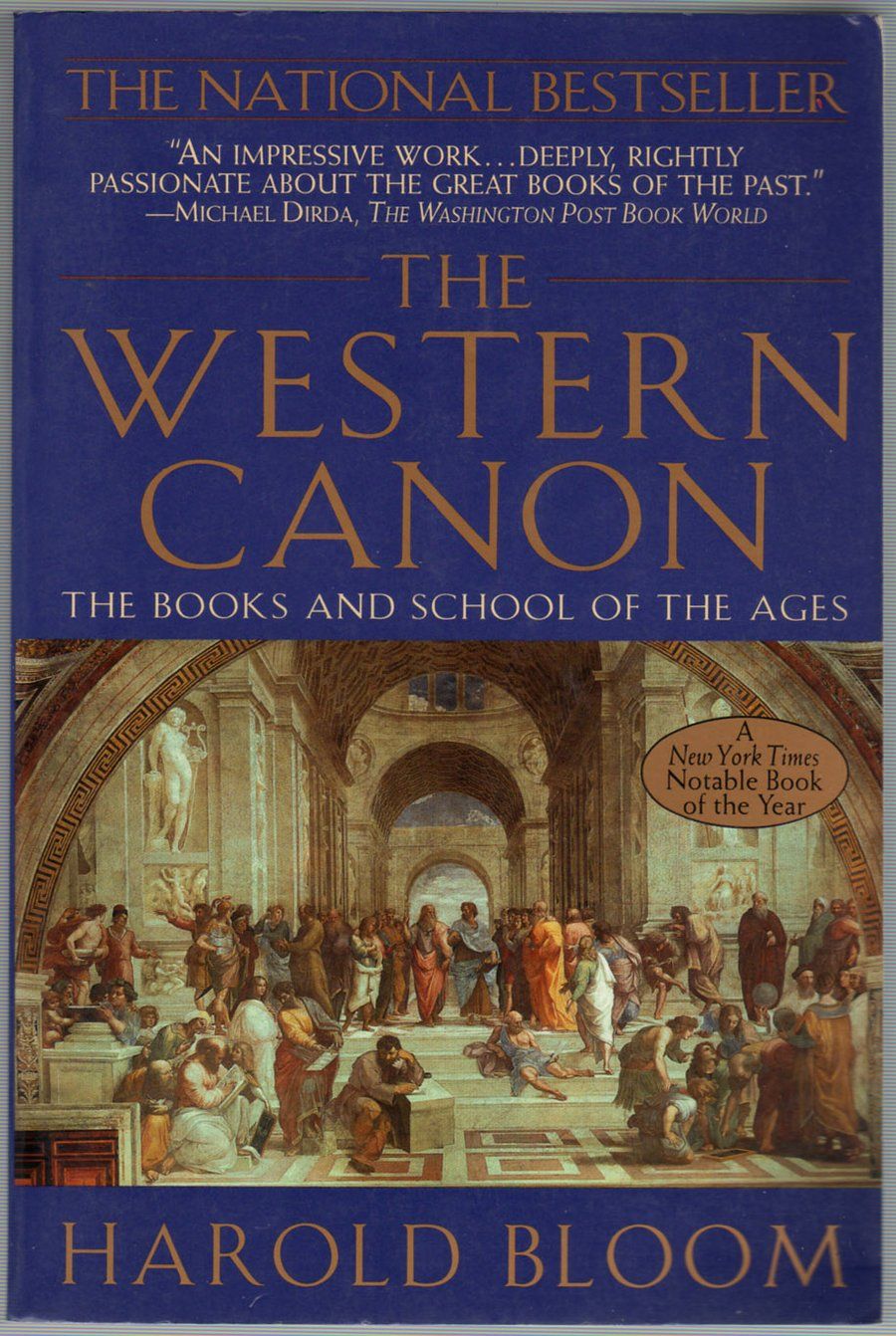 I was pleased that in his Western Canon: The Books and Schools of the Ages he includes both Nabokov and T. S. Eliot. Nabokov only gets two books in Blooms list of works in the appendix. Eliot also gets two entries but they are “The Complete Poems and Plays” and “Selected Essays.”

Although Nabokov seems to have a dislike of Eliot and God knows Eliot was highly opinionated himself, I am pleased that Bloom (who in the lecture above describes himself as “a reader” if not a critic) includes both of them in his canon.

The whole concept of canon is not one I subscribe to. But if it is defined carefully to mean what makes Western Civilization itself, I can go further with it, especially when it includes the post colonial explosion of global interconnectdness. 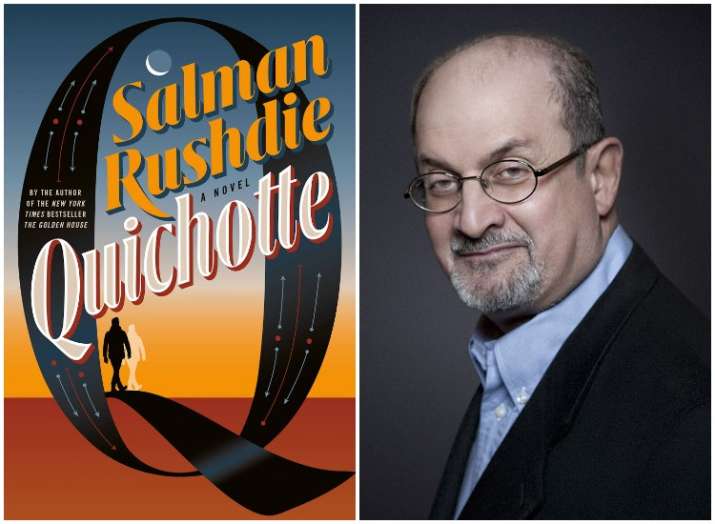 I’m nearing the end of Rushdie’s Quichotte. I can’t help but speculate how much of the book reflects Rushdie’s life. I believe he had a sister die recently and there are two dying women in the book. Also, one of them is named Salma and Rushdie pointed out the similarity to his own name.

The book is dedicated to Eliza and I suspect this is his dead sister but I could be wrong. I haven’t found more info about this and it doesn’t matter that much to me since I am enjoying the novel immensely.

I finished Purgatorio by Dante yesterday. I am enjoying it much more than I thought I would. Now onward to Paradiso. I have also been dipping into my copy of Adam Gopnik’s A Thousand Small Sanities The Moral Adventure of Liberalism.

Gopnik has sent me back to my college copy of Mill’s On Liberty. 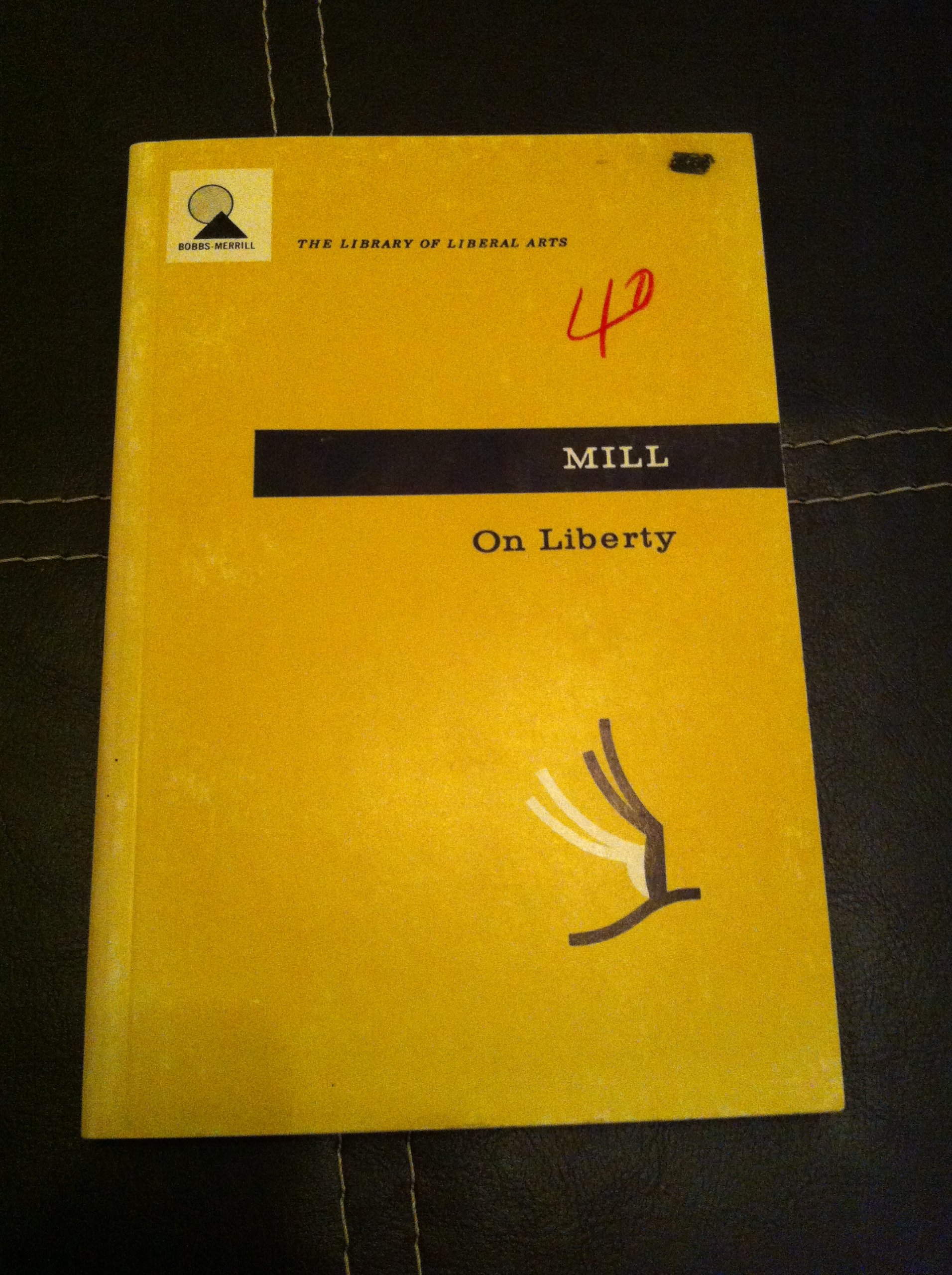 This isn’t a picture of my copy but it is what it looks like.

I am one lucky guy to be alive and reading and playing music.