I”m starting to brace myself to vote in the upcoming election. I usually set about educating myself on the way candidates say they will govern and how they have conducted themselves as public servants or whatever their previous record contains.

I can’t help but notice that anger, ignorance, incompetence, fear, and even hate are dominating much of the information and discussion around the upcoming election.  This is so predominant that it reminds me of the purpose of bread and circuses in the Roman times, to distract and entertain the public.  While I am skeptical of all conspiracy theories (in my experience humans just aren’t as efficient as characters in made up stories like Mission Impossible), I can see how all of this noise could benefit someone by distracting people away from governing issues and citizenship responsibilities. 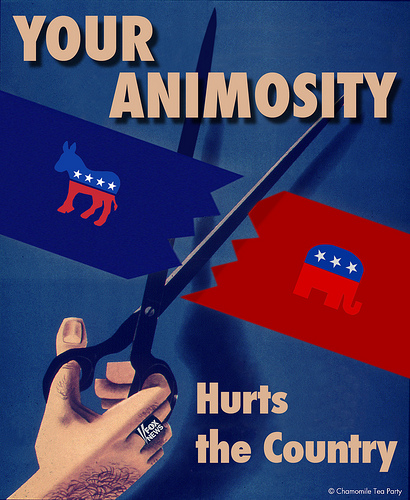 I think that politicians are just people in front of cameras. Sometimes their better angels guide them. Sometimes they are guided even blinded by their own selfishness and corruption.  Probably most times a mix of these.

I have come to think of the media as more an amplifier and mirror than an actor.  When I notice people blaming others my ears prick up. The media and people in government are the butt of much blame. A lot of it undoubtedly deserved.

I am always amazed at how commonplace cheating is these days. If you can cheat on your taxes, it seems you should. When the secretary of state asks you how much you paid for your used car, you are expected to adjust the sum down, even to as little as a dollar.

Don’t get me started on what I witnessed in college as a student and grad student.

Then there is the rampant ignorance and short term memory driving so much of the public discussion right now. I have always opposed term limits because it seems to me first that elections are a form of term limits if people pay attention and vote with buy diazepam online forum informed minds. Secondly, I understand that wisdom sometimes comes with experience and time. Right now, it seems that many people talking into microphones and cameras about government do so either out of ignorance of process or willful manipulation (“framing” is the term du jour) of ideas and facts.

One can almost choose an example at random.

Yesterday Christine O’Donnell challenged her opponent, both candidates to the U.S. Senate from Deleware,  to show where the constitution requires separation of church and state. She was quickly supported by the likes of Rush Limbaugh and other defenders who insisted that she was just asking about the literal phrase not the concept. I guess it just depends on “what the meaning of is is.”

Heres the link and here’s the First Amendment.

“Congress shall make no law respecting an establishment of religion, or prohibiting the free exercise thereof; or abridging the freedom of speech, or of the press; or the right of the people peaceably to assemble, and to petition the Government for a redress of grievances.”

So, I’m going to consult the following links to inform myself a bit about who I want to vote for.

http://www.publius.org/ is Michigan specific. When I look at my ballot, it has links to the League of Women Voters for candidates who have given them information.

http://www.michiganradio.org/electioncoverage.html is the Michigan Radio site with the governor debate and other stuff.

http://www.theballot.org/ is one I picked off facebook and is not Michigan specific.

And here are a few non-politics links.

“The Tyranny of Metaphor” by Robert Dallek.  Dallek was one of the historians Obama recently consulted regarding past presidents’ mistakes. This is a fascinating read.

“What Lies Beneath” by Alistair Blanshard Haven’t read this one yet. It’s about a 15th century book of poetry entitled The Hermaphrodite.

Hester Prynne in the Internet Age by Jonathon Zimmerman Haven’t read this one yet and honestly it looks pretty dumb. It seems to be about life imitating art, specifically the movie, “Easy A.” I haven’t heard of the movie, but I do know who Hester Prynne is so what the heck.

I pulled all three off the top of Arts and Letters Daily looking for something to read while I treadmill.

“Culture of Poverty makes a comeback” by Patricia Cohen is an insightful and informative discussion that challenges the current ignorance about poverty and reminds me of “The Other America” by Michael Harrington.