I am trying to sort of pursue a vacation mind set this week.  I have spent some time in my favorite local coffee shop, Lemonjellos, just goofing off. Yesterday I had lunch there.

There are two locally owned coffee shops in Holland, Michigan where I live. JPs 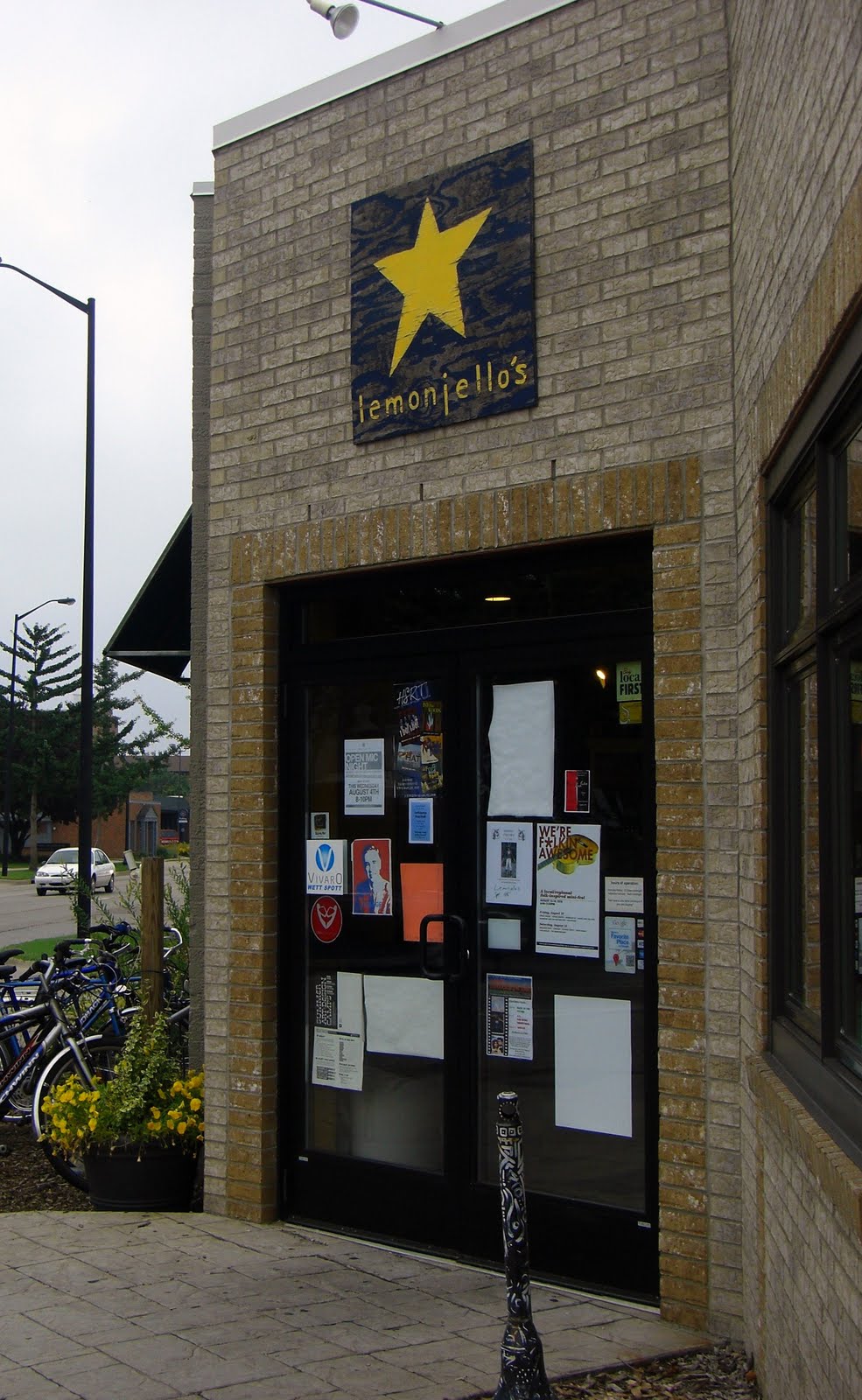 They both seem a bit uptight and religious to me. Holland is the birth place of the split between two conservative denominations: the Christian Reformed Church (CRC) and the Reformed Church of America (RCA). The RCA is a tad less reactionary than the CRC.

Lemonjellos is definitely more like the RCA in my mind. Its owner and clientele are younger and have a bit rougher edges. I have watched it evolve from a vision in a young coffee barrista’s brain to a sort of upstart local savvy business. In the past they have invited me to play there about once a year. So far this year, the owner hasn’t indicated a continued interest in having me play again. The last time I played the crowd was small. Since there was a cover, the young people stayed outside and I lost any chance for them to hear my work.  If I get invited back, I will definitely ask that there be no cover.

I am interrupting my attempted vacation mind set to work on music for the local expression of the upcoming Global Water Dance. I have mentioned it here I believe. Yesterday morning Keith Walker, Jordan VanHemert and Nathan Walker dropped by my house to rehearse “Ebb and Flow.” The rehearsal went well and I was gratified to begin to hear this piece take shape. They agreed to run “Easy on the Water” which relates to “Ebb and Flow” as a first movement of two so far but is not part of the upcoming performance. It was my first attempt to write music for Global Water Dance performance.

These two pieces make a decent beginning at a multi-movement piece. The players seem enthusiastic and interested in the work. Nathan the bass player asked me once again when I am playing at Lemonjellos this year indicating that he would like to be part of it. I had to tell him I haven’t been invited and actually might not be invited. Nathan said the trio we were rehearsing would be a good addition any playlist at Lemonjellos. I find this flattering. If asked I would definitely invite these players to participate.

As my conviction about my compositions and music grows I notice that my music has more and more limited appeal to anyone who might happen to hear it.  It would be foolish not to notice this. But equally foolish from my point of view to pay much attention to it.

I’m pretty clear in my own mind about why I do what I do.  Most of what I do grows out of a passion for sound. Of course the people involved are constitutive. Music in my mind does not exist without people whether that’s the composer, the performer or the listener.  All three are essential.

But I notice how so many other things sort of accrue around music in many people’s experience. The music itself is overwhelmed by less crucial things like immediate appeal of the appearance of the performers. The entertainment value can drown out deeper meaning. What is happening in the music and interaction between the sound and the humans seems to be less and less and  important.

Instead music is too often reified from an  activity of profound human making of meaning to a commodity of reduced meaning and quick surface appeal.  I am sorry to see this happen. I think it sells short the point of music. Something is definitely lost when this happens. On the other hand my conviction that I am meant to be a music maker has strengthened with each passing year I get to stay alive.  I love making music. I love being in a room with other people making music. This is one of the reasons I continue to enjoy church music.

A 20th century convention of congregational participation as a norm means that it’s my weekly job to get a bunch of people to make music in song together. This is challenging in a time when so many people do not feel capable of making music except by turning on an ipod. But it is gratifying to me when I can hear the counter cultural sound of a group of ordinary people singing in harmony…

Stereotyping Patients, and Their Ailments – NYTimes.com

Dr. Danielle Ofri writes about an amazing patient, Mr. S. After reading this article I kept thinking about Mr. S. He was a criminal and drug addict whom people continued to misread and stereotype. In Dr. Ofri’s words, “he didn’t fit the picture.” His personality comes through vividly in this essay.

I love his Buddhist like acceptance and embrace of the life he has found himself living.When asked  about “how he felt about the misdiagnosis of H.I.V., he simply shrugged: “It is what it is.”

I heard this exact phrase come out of the mouth of a world-renowned dancer recently.  In both cases it strikes me as something to ponder.

The Vegas Valley Leopard Frog Is Endangered, but No Longer Extinct – NYTimes.com

The mysterious disappearance of frogs and bees strike me like canaries in a coal mine.

I sent this link to my wife. It reminds me of TV shows she likes to watch. Only real. 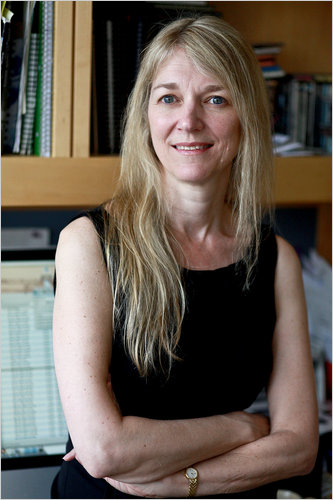 Roundworm Could Unlock Secrets of the Human Brain – NYTimes.com

Another vivid portrait of a person, this time a young determined brilliant scientist, Cornelia Bargmann.