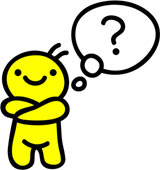 Finishing my second thought from yesterday regarding “the conversation around the algorithms used by search engines and companies tracking online use to facilitate less aggressive users of information on the internet,” there are two things that strike me about this discussion.

First complaining about Facebook algorithms that respond to your behavior and don’t expand your world is kind of an odd criticism. It assigns too much responsibility to something that is a mechanism that reflects your online behavior. So if you profess to want to have Facebook “friends” with whom you disagree (as Eli Pariser the author of the recent book, The Filter Bubble: What the Internet is Hiding from You does) but neglect to actually connect with them, the algorithm that puts them lower on your radar simply identifies the difference between what you profess and what you do. And getting around such things is often a matter of using the options available. On Facebook I have a list that overrides what Facebook wants to put on my list and will simply show me recent posts and links that people in the Jenkins family have put up. Twitter doesn’t use that kind of algorithm but I have a similar lists including one for conservatives, one for liberals, one for musicians and one for book people. This allows me to see the activity of those people. Secondly, complaining that algorithms tailor search results to the point that one searcher looking for links to Obama gets New York Times links while another gets Fox News links is also a bit short-sighted. Adding a few words to “Obama” will definitely get either searcher a broader result which as it broadens is likely to get more and more similar. In other words, the more passive you are about this shit, the more you deserve how it limits you. Howard Rheingold has called it”information literacy.” I like that quite a bit. For a good introduction to how to be more adept at evaluating the results of your online search see Rheingold’s essay “Crap Detection 101.”

Here are couple more articles by Rheingold I bookmarked to read:

Even though they are old, they look pertinent.

Incidentally I basically stole these insights from people interviewed in “The Echo Chamber Revisited” a segment in this past weekend’s “On the Media.”

The Atrophy of Private Life by Jennifer Moxley : The Poetry Foundation

A poem I ran across this morning and kind of liked. It’s a bit preachy. But I like what it’s preaching.

Another poem I ran across and liked.

Found this essay as an old bookmark. Not sure how I came to find it, but enjoyed reading it.

An interesting insider look at this.

Disability and H.I.V. – I Had Polio. I Also Have Sex. – NYTimes.com

Had to read this just from looking at the headline. Good stuff.

This fascinates me because it is written by Christopher Hitchens, an excellent writer who went from being a dedicated socialist to a spokesperson for the right wing’s ideas about Iraq.  Mamet’s new book outlines his own move into conservative ideology. Hitchens rips him to shreds. I like Mamet’s plays as I suspect Hitchens does. But fuzzy thinking is fuzzy thinking.