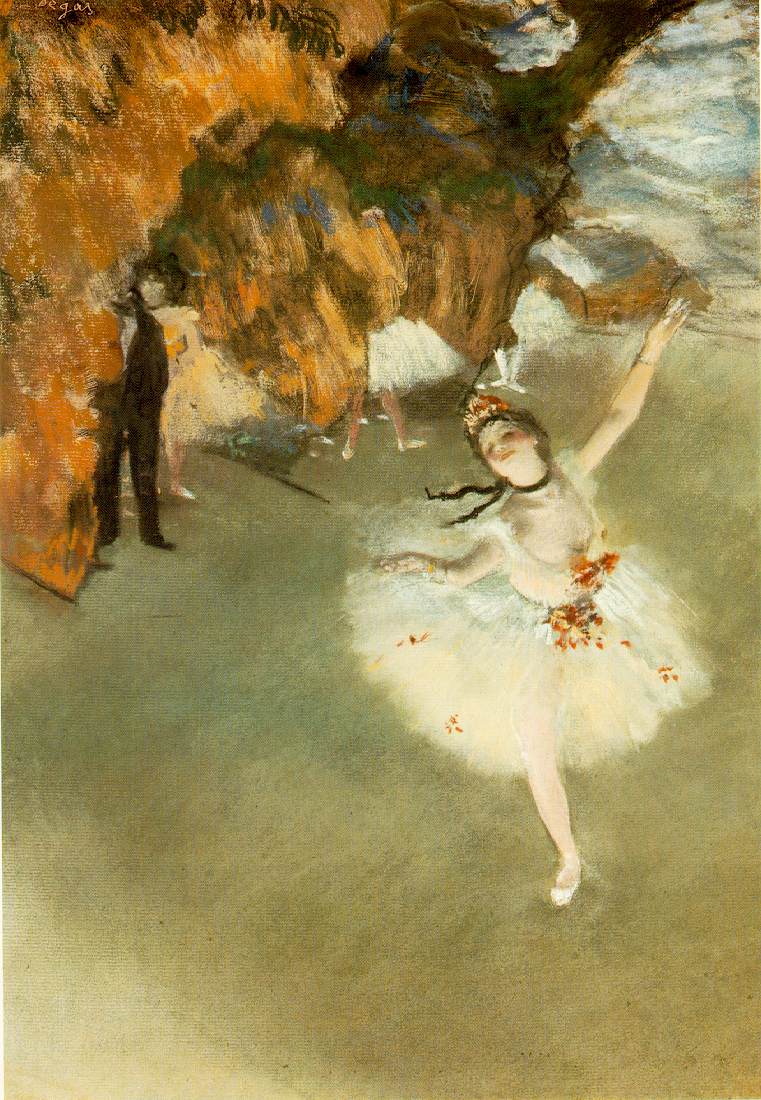 Yesterday I put up a status line on Facebook about how as I was playing a delicate Schubert waltz in dance class I slipped into a Degas painting. 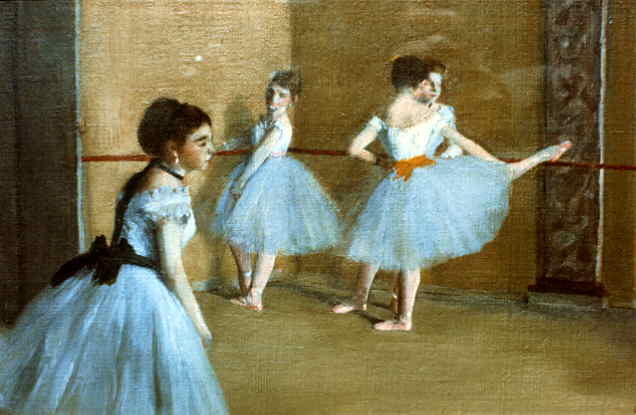 When I was a kid I had one of those small books about several artists I admired. Degas was one of them. Rodin was another. Not sure how I got interested in painters or even art itself. It’s very probable my friend, Dave Barber the artists, was influential here. But I don’t remember.

I found myself attracted to Degas for some reason.

I was able to see Rodin’s Little Dancer at the Tate Museum in the U.K.

As a much younger man, I wrote a little song about a dancer using only harmonic ringing sounds on the guitar as acommpaniment.

I also once had a chance to Monet’s haystacks in an Ann Arbor Museum.

On the way to class yesterday, I spotted a sign someone had painted on the sidewalk college-style: “Save our squirrels” it said in yellow.

On the way back, I heard the thunder three or four times. I also saw a dead black squirrel on the sidewalk. He had no visible marks of violence. Close by another black squirrel sat as though keeping vigil. He scampered off as I got closer. A brown squirrel with something in his mouth panicked at my approach trapping him between me and the traffic in the street. I veered off so that he would not run into the street.

Today I don’t have dance class. The teacher has scheduled conferences with students during class time. No need for a piano for that.

It just so happens that my Mom as a 7:40 AM doctor’s appointment, so I’ll be leaving to pick her up before too long. I have offered to drive us to breakfast at one of her favorite restaurants. I try to offer at least once a week. We’ll see if she’s up for it.

Later I have a rehearsal scheduled at church. The oboist will be joining my trio rehearsal. All of us are playing Sunday at church. I have written parts for the instruments. None of these people attended the Tuesday rehearsal so I will make sure they all are up to speed and can rock away this Sunday.

Hopefully we’ll have time for some lovely Mozart piano trio stuff that we are learning.

This evening is a scheduled pit orchestra rehearsal at Grand Haven High School.

I certainly have a lot do for someone whose self image is one of a bum. 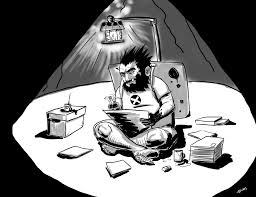 0 thoughts on “save our squirrels”