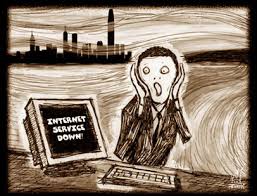 I survived not having the internet at the cottage pretty well. The new owners of the cottage had installed cable and a huge flat screen TV. The cable modem had a wireless signal, but of course it was security protected. I gave it a half-hearted attempt at hacking. We had the phone number of the owners. I could have easily called and found out if we could have had access to it. But I didn’t. 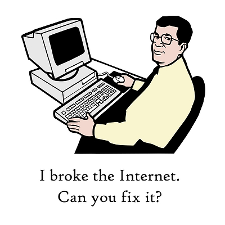 The time we spend at the cottage each years seems to be a particularly relaxing one for me. Being disconnected might very well be part of this. Not sure. I spend a lot of time reading at the cottage.

This year I read in several books as is my practice. I tend to read non-fiction before lunch and fiction as the day goes on.

I finished Far Glory: The Quest for Faith in an Age of Credulity by Peter Berger. I couldn’t help but wonder if my deceased father would have resonated with some of Berger’s ideas. In particular, Berger’s own combination of belief and skepticism. As he says in the next book I started next by him (A Rumor of Angels: Modern Society and the Rediscover of the Supernatural, 1969), “I (Berger)… consider myself a Christian though I have not yet found the heresy into which my theological views would comfortably fit.” loc 21 in the Kindle edition.

Joe Hill is the son of Stephen and Tabitha King. I got interested in this group of writers when I read a recent NYT article about the family. It interests me that so many people in a family are published authors.

Hill writes a bit in his father’s vein. This story is about an aging 54-year-old death-metal musician named Jude. He buys a suit through a dodgy ebay type web site. It is haunted by the father of one of the women Jude has used and discarded who has committed suicide. The novel is the story of his confrontation with this ghost and his own life.

The writing oscillates between pedestrian and pretty damn good.

Hill is easily his father’s protegee in plot and writing ability. Some of the extended can u buy valium over the counter King family are comfortable with being connected to the famous father. Some are not. Hill has so far fallen in the latter category. There is no mention of Stephen King by  name. Hill does thank his “parents and siblings for their time, thoughts, support, and love.”

I had a graphic novel with me by Hill.

At first I was disappointed that it was volume 3 in a series. I started it anyway and became quickly disappointed with the story line. It started interestingly enough with a confrontation between two spirits who somehow are tethered to people in the living world (at least one of them was). It seems to be about some sort of team of heroes who might be siblings. My interest waned when four college kids spend several pages stuck in a cave they have deliberately wandered into.

This volume is dedicated both by Hill and Gabriel Rodriguez to their kids. It feel like an attempt at writing down to them. I hate stuff like that.

I may back up and start the series with volume 1 if I can get them through interlibrary loan.

On the way home yesterday, we stopped and said hi to Eileen’s Mom.  She was in the process of having her new dishwasher installed. My brother-in-law and his brother-in-law were the designated installers. After checking out Eileen’s car, they proceeded to install the dishwasher. The women (Eileen’s Mom and Sister Nancy and Walt’s sister) sat at the table and talked. So the men did one thing, the women another. I didn’t really fit in either situation. Nobody seemed to mind when I went to the car and got my laptop and sat on the couch accessing the internet via my phone.

I was happy to do that.

I was also happy to get back in my space and get some organ practice in before this morning. I took the postlude with me and practiced it each day at the cottage. It is for manuals (Fugue in F Minor by Charles Burney, I think I mentioned it in a previous post).