It’s about 8 AM in Holland, Michigan and it’s raining. I mention this because I heard on WMUK Kalamazoo Public Radio that there was a 100% chance of snow today and that it would be falling before 9 AM. So I guess we’ll see if we get a nasty little snow/freezing rain situation in Holland today that could be reasonably expected under that forecast.

My hard copy of The New Yorker is one of two magazines I have continued to subscribe to despite this being the age of cyber access to stuff. The other I think of as a trade magazine, The American Organist. Although I often wonder what exactly trade it is serving. Many of its members (my former teacher at Notre Dame is one) think it should not be about anything except the art of the organ. Specifically that it has no business discussing church music. The mission statement of the organization adapted last year makes no mention of church so maybe that’s becoming an official position.

On the other hand, I notice a lengthy letter in the January 2017 issue which has a heading “Reformation Fear” and seems to be about Luther’s attitude towards music and its use in church, so I guess the notion that members are interested in  music in church is not completely out of the question. I know for me over the years this magazine has informed me about both topics plus others.

Back to The New Yorker. I set aside my weekly copy of The New Yorker specifically to distract myself on Wednesday afternoons as I rest up for the evening choir rehearsal. I basically like the cartoons. Usually I also read the first line of the poems in it. The first line almost invariably fails to interest me in the rest of the poem. I bring it up because yesterday I read a poem in The New Yorker all the way through and realized what a rare occasion that was for me. 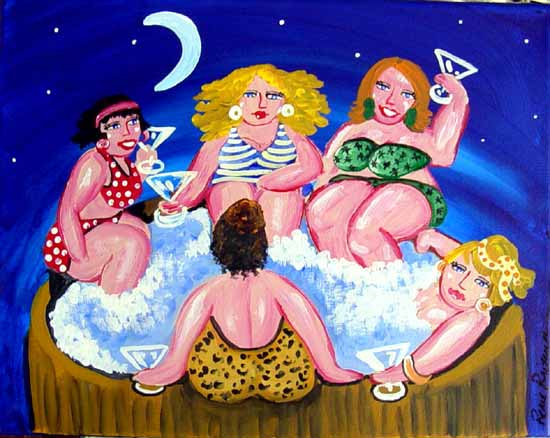 The poem in question was “Hot Tub after Skiing, December 2016” by Jill Bialosky. Thankfully, you can click on the title if you are interested in reading it. Both magazines I’m writing about have an, ahem, interesting relationship to the idea of open sourcing of their articles on line. In each case i think  it does a disservice to the core of their content. But that’s just me. And look, I am subscribing to both of them, although I only pay for The New Yorker. The AGO magazine is part of my membership which my church thankfully pays for me.

Anyway Bialosky’s clever little poem is about the mess we are in right now in the USA. She never uses the name of our current president (something many people who are unhappy with him advise). But it does talk about “bitter gods” who frighten the little group of women in the poem as they climb mountains and end up in a hot tub (“Tree huggers” for sure, eh?).

I didn’t really get where the poet was going until she started using little snippets of conversation presented in italics the first of which was “Hate has been unleashed.” That is certainly true right now and not just in the good old US of A.

So anyway before I knew it I had actually read a poem all the way through in The New Yorker.

Was it me who had changed? After all I spend a good part of most mornings reading several poems. Maybe I was become unjaded, maybe even, gasp, more tolerant and soft headed. After starting each of the remaining poems in the magazine and losing interest I was relieved to know it was probably the poem not the reader that was the reason.