Waiting with my mother in the Pain clinic, I was reading through Issue 20 of The Baffler which I purchased on Amazon in a Kindle format.

I have been linking some of the online articles in it. I am excited to find a publication that is so interesting to me.

It seems to be a literary journal critical and anti-market. Just up my alley.

Here are some fun quotes.

Bill Hicks on the military.

“You never see my attitude in the press,” Hicks once observed. “For instance, gays in the military. . . . Gays who want to be in the military. Here’s how I feel about it, alright? Anyone dumb enough to want to be in the military should be allowed in. End of fucking story. That should be the only requirement. I don’t care how many pushups you can do. Put on a helmet, go wait in that foxhole, we’ll tell you when we need you to kill somebody. . . . I watched these fucking congressional hearings and all these military guys and the pundits, ‘Seriously, aww, the esprit de corps will be affected, and we are such a moral’—excuse me! Aren’t y’all fucking hired killers? Shut up! You are thugs and when we need you to go blow the fuck out of a nation of little brown people, we’ll let you know. . . . I don’t want any gay people hanging around me while I’m killing kids! ”

Hicks’ quote and the following passage were the quotes that I decided were too inflammatory for some of my “friends” on Facebook on Veteran’s day.

” It’s this quality of avoiding danger, of seeking the safety of consensus, that characterizes the aesthetic of Stewart and Colbert. They’re adept at savaging the safe targets—vacuous talking heads and craven senators. But you will never hear them referring to our soldiers as “uniformed assassins,” as Twain did in describing an American attack on a tribal group in the Philippines.

“There’s a reason education sucks, and it’s the same reason that it will never, ever, ever, be fixed,” Carlin once said, though not on The Daily Show. “The owners of this country don’t want that. I’m talking about the real owners now. The real owners, the big wealthy business interests that control things and make all the important decisions. Forget the politicians. The politicians are put there to give you the idea that you have freedom of choice. You don’t.”

These all come from Steve Almond’s savaging of Jon Stewart and Steven Colbert: The Joke’s on You

I like how the writers in this magazine elucidate the hypocrisies of contemporary life. I also find it instructive when they critique intelligently. 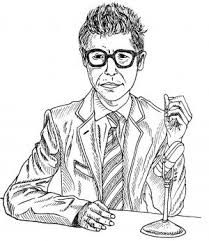 Although I do enjoy listening to This American Life, I found myself agreeing with Eugenia Williamson’s analysis in “O the pathos.”

Most of the time, in fact, the stories on This American Life fall under Milan Kundera’s definition of kitsch: “the translation of the stupidity of received ideas into the language of beauty and feeling [that] moves us to tears of compassion for ourselves, for the banality of what we think and feel.”

In “Cash and Carry Aesthetics,” Jed Peel blew me away with his description of his response to the contemporary art scene. (Unfortunately this article is not online)

[L]aissez-faire aesthetics mimics the reach of popular culture, although without the democratic idealism that gives the best of pop culture its essential power. It is the very essence of popular culture that the intense feelings a song or a movie kicks off in one person are also experienced by many other people, almost simultaneously. When somebody refers to “the summer we fell in love and everybody was playing our song,” they are describing one of the essential pop experiences—the sense that the individual is connected with the group.

When people find something lacking in even the best contemporary painting and sculpture, they may actually be saddling this work with an unwarranted assumption, widespread today, that all major works of art are going to have the pervasive effect that we know from some of our great experiences with popular art—with movies and rock music. The result is a flattening of all artistic experience.

Jed Peel also shed some light on Matthew Barney’s weird series of movies that I was curious about and managed to see. 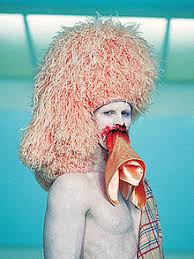 The nurse at the pain clinic asked me what I was reading when I started laughing after reading this:

the Cremaster cycle, a series of five phony-baloney mythopoetic movies, accompanied by dumpster loads of junk from some godforsaken gymnasium of the imagination. 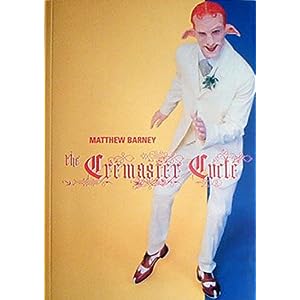