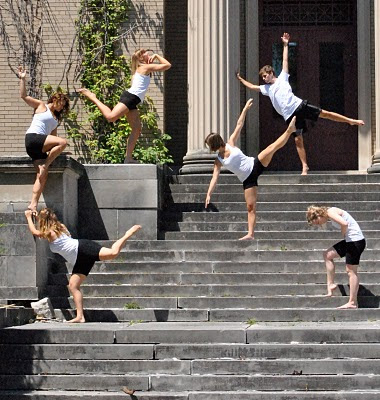 Eileen and I went to a dance concert last night.  The group calls itself “[Undefined] Movers.”

They seem to be made up of college age students, probably all from the local church oriented college, Hope College, where I now work part time.

“We mourn for the scarce appreciation for art in this country. We mourn for those who never got the chance to dream like we are dreaming. But through and within and between the mourning…we move.” From the program for last night:

“The members of [undefined] movers. decided that they had creative dreams inside that needed to be voiced. Most college students who have felt this pull waited until after graduation to begin their journey, but we could find no reason for waiting. After careful thought, conversations, and planning, we decided to embark on this rare opportunity and take a step outside of what an average college student does. This company offers a chance to give back to the communities that have supported us so extensively. Our vision is to combine various art forms in order to create performance art that enriches the community and develops mature and innovative minds. We are looking to blaze our own trail and set off on a journey where few have ventured. We couldn’t pass up an opportunity such as this when we hold such passion in our souls.”

The program consisted of seven pieces. All included dance, three used live music (jazz quartet, an unaccompanied duet of women singers, and tenor saxophone), one used sculpture, one used recorded street sounds (my favorite), one used a loop of Robert Frost reading his famous poem, “The Road Not Taken.” Two used pre-recording music: a song by Zero 7 and a piano piece by Ludivico Einaudi. I liked the Zero 7 song which was very upbeat and provided music for a playful quartet of dancers. The Einaudi seemed very new age to my old ears. I know that this kind of music has a lot of meaning for people, but it kind of bores me.  Here’s a link to a youtube recording of his work. I don’t think that’s it’s the actual piece, but the pianist (Jeremy Limb) is the same.

The music was well executed. The duet sang a song by the group Saving Jane. I heard someone behind me murmur that it was their favorite song or that they just love that song or something to that effect.

The dancers’ movements seemed graceful and well executed to me.  I will be interested if I overhear any discussion or critique of their work. I know last night’s concert was an assignment for one of my Ballet classes to attend and analyze. That’s how I found out about it.

I made a quick pizza (using cheapo grocery store premade dough) for Eileen and me last night. We watched a couple of old Jon Stewart’s and then went to the concert. We had planned to drive to GR to meet with some friends but begged off due to the weather (which of course wasn’t quite as bad as predicted, but still it’s wise to be safe). But we still decided to go over to 8th street and attend the free dance concert.

It looks like I’m developing a morning routine to listen to the Writer’s Almanac first thing. “A nation that continues year after year to spend more money on military defense than on programs of social uplift is approaching spiritual death.” M. L. King, Jr.

I was thinking yesterday about my own conscientious objection to the conscription of the Vietnam war.  I distinctly remember that phase of my life. I was interviewed by the local draft board. I had written a letter explaining that even though I felt I was too young to have to make the discernment, that as best as I could understand it, I morally objected to war in all its incarnations. 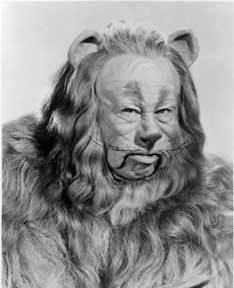 Interestingly the draft board did little more than try to provoke me to respond to them with anger. I didn’t. I got my C.O. (as we called the conscientious objector classification). I still morally object to war, but know that it can be complicated. Cynically I wonder if the fact that my father was a minister had anything to do with being granted the status.

Today is also the tenth anniversary of the founding of Wikipedia.

There is an interesting prose piece on the Writer’s Almanac about this.  They don’t provide a permanent URL but here’s the link to their site. If you are accessing this after Jan 15, 2011, you might have to click through their archives to find it.

I remember when Wikipedia began gaining some online credibility. I resisted the concept until I realized that my experience with all reference books indicated that they were riddled with errors. Sure enough, in the article on today’s site, they say this:

[One]” ..  major criticism is that Wikipedia is inaccurate, which would make sense since there are no credentials required for writers. However, a study published in Nature compared the accuracy of Wikipedia to the online version of Encyclopedia Britannica, and was surprised to find that the accuracy was comparable — on average, about three errors per Britannica item and about four errors per Wikipedia item.” The Writer’s Almanac Website

There is a fun story about someone who tried to see if he could seed Wikipedia with a fake quote from a composer who had just died in 2009. Of course, he found his quote in some humorous places, including the prestigious Guardian U.K. newspaper. The latter was one of the few sources that printed a retraction when the perpetrator let it be known what he had done. The quote stands as a good synopsis of Harold Reingold’s “Crap Detector” approach to the Internet:

“The moral of this story is not that journalists should avoid Wikipedia, but that they shouldn’t use information they find there if it can’t be traced back to a reliable primary source.”

Editor of the Guardian newspaper on finding it had used a badly attributed quote from the Internet.

I accompanied a different teacher yesterday at Ballet class. It was the Ballet III class and the first meeting of it for the semester. The teacher and I had never worked together before but I found it easy to understand what he needed from the music and improvised accordingly.

Before the class I had been flirting with the mild depression that I sometime get. After the class during which I stayed creatively alerted for about an hour and half, I deflated into deeper melancholy which really didn’t lift until after experiencing the dance concert in the evening.

Not sure what that means, if it means anything at all.  It was similar to what sometimes happens to me on Sunday afternoons after church. I think it has something to do with the creative process and the energy I put in to it.

Here’s a post script: Today is also the date that Messiaen’s Quartet for the End of Time premiered in 1941 with POW Olivier Messiaen at the piano. From Composer’s Datebook web site…. another good one for Jupe.