Racism continue to be on my mind.

Yesterday at lunch I quizzed my Mom about some of the stuff I remember and think about. She is bit more confused these day. I’m hoping its the med that need adjusting. But she remembered and confirmed some family stories.

Like the one I remember where she and Dad were discussing whether they should join in the civil rights protests in the South. My memory is most vivid about their realization that they would not be welcome in the homes of people (read other white people in the south they knew from church work) where they would normally be enthusiastically hosted and housed.

I asked if she meant Greeneville the town where I did a lot of growing up and my brother was born. She hesitated and said yes.

I mentioned to her that in retrospect it looks like we got out of the south just in time to avoid being there during the really ugly struggles which included beatings, confrontations murders and lynchings. She like me hadn’t really thought about this before.

I have been thinking of this because of two books I have been reading: Burgess’s “The Right to An Answer” and Kathryn Stockeett’s “The Help.”

Burgess’s book predates the American struggle in the 60s by a decade but I still find it illuminating about the division of life into “us and them.”  His character Mr. Raj takes bigoted England on its on terms ostensibly studying at university to research “racialism.” He himself is a believable creation and mixes passion and insight beneath a “civilized” Indian skin as he discovers first hand the racialism of UK at the time.

Ultimately he dies by his own hand after murdering the estranged husband of the woman he loves.

And sex does seems to be important in the story of racial hate.  Many of the terrible deaths involve rumored or actual cross racial sexual situations.

Stockett on the other hand seems to not quite get her story right.  I find it jarring that she moves from a quick mention of a young black man’s blinding because he used the wrong bathroom to the main white character’s dilemma of a restrictive rich background and a floundering first romance.

I think Stockett may have in mind sort of a Thomas Mann like narrator who narrates from ignorance and tells the story obviously in a manner that illuminates the reader but not the character. I fear that Stockett has had one too many creative writing courses and is trying to show the growth of the white character.

I suspend a bit of judgment because I’m not quite done with the book.

However, there is such a stark contrast between the lives of the black maids the main character is interviewing and the white people in the world of the interviewer that Stockett seems compelled to invent problems for the white people (young motherhood, social climbing, failed housewife skills). There are other problems but she glosses over the fact that the white people are living as duplicitous lives as the black people in her story.

Yesterday I made a soundtrack for treadmilling.

It ended up being all Beatles and Zappa. 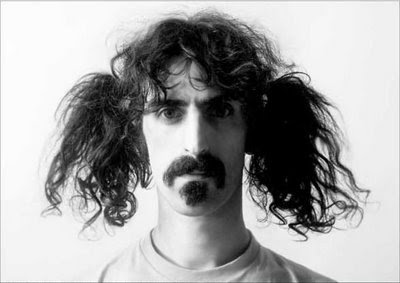 Interesting mix. The rest of the day I spent thinking about the music of Stravinsky, Chaikowsky, Villa-Lobo and of course Bach.

I also played through a couple of pages of a transcription of the main theme of his Petrushka.

I keep reading in the Chaikowsky collection I purchased. I don’t know these pieces at all. Not sure what kind of a reaction I am having other than just learning about how he puts music together. They don’t strike me as pieces I will return to over and over as I do my favorite composers. But still it is interesting.

I am finding Villa-Lobos entirely charming. I recall playing the Faculty Club at Wayne State once and having a visiting South American couple request Villa-Lobo on the harpsichord. It was an unusual request and I told them that I sincerely wished I had some of his music to play for them. It turns out that some of it might sit quite nicely on the harpsichord. Go figure. Also it’s decades later.

I keep working on Bach for Pentecost. Also rehearsed the hoary old anglican anthem for this Sunday. There is a skill to playing and conducting from the console and it takes a fair amount of prep to do it competently. Also I have been rehearsing singing along on the tenor part due to absent singers. This is something that Ray Ferguson included in his teaching.

I also spent a few minute updating the stupid stupiid church google calendar after I discovered several omissions. I have been trying to get my church to develop a master calendar. Pretty much to no avail. There are obstacles. First the idea of one master calendar seem to be a foreign one to many of the people I am working with. Secondly there is still a lot of skittishness around doing stuff with computers like google calendar.

I discovered some errors in the church newsletter online. It made me once again think that if they put the newsletter online in an html format that errors could be as easily corrected as they are on the google calendar. But like so many websites they insist on putting information pages up in pdf form.

I emailed my boss to tell her what had happened. I fear I am turning into a squeaky wheel. She asked if we could skip our meeting next week. She has a lot to do. I also feel that I represent some ongoing conflicts that are probably not that high on her priority due to other pressing more real stuff. Fair enough. She didn’t say this but we both laughed with a bit of relief when she agreed to skip it for a week.

Someone invited me to come hear her accompany a singer at Hope college this Sunday. I respectfully declined thinking there are several reasons not to. One of them is that I find the so-called natural solo voice a color that I am not crazy about. I love some of the Schubert lieder and some solo operatic arias. But for me the sound of Billie Holiday and certain pop singers like Elvis Costello and the Beatles are more of the solo vocal sound I like.

For some reason the sound of a blended choir attracts me, but not the solo voice in the “natural” mode.

In addition Hope college seems so toxic to me right now. Last week their board rejected any further discussion of changing its policy around gay people on campus. Sigh. Fuck them.

And there’s always the academic problems of departmental politics, people nonsense and intellectual dishonesty. Better sometimes just to stay away.

Today I have few tasks. I’m hoping to have breakfast with my lovely wife (who is still sleeping as I write this) and do the bills (both ours and my Mom’s). Some practice and study and reading. Exercise. My life continue to be good.