Yesterday I spent some quality time with my grandson Nicholas. We organized his many sheets of music he has printed off the internet. I am planning to purchase some sheet protectors and help him arrange them so he can use them better.

We  also looked at, printed out and played through some duets together.

I am thinking of possibly arranging something for us to play as well, preferably one of the pieces he already knows. His repertoire consists mostly of movie and video game music. These genres are highly developed these days and some of the ones he knows are pretty interesting.

He plays them well.

Eileen was busy with Savannah and Catherine, working on crocheting and stuff with them.

Nicholas and I went to Trader Joe’s to buy some food.

This is looking like a typically excellent visit to the California Jenkins branch.

I am beginning to relax a bit as well.

I began reading Italo Calvino’s novel, The Nonexistent Knight, on the flight out here to California after finishing A Dance with Dragons by George R. R. Martin. 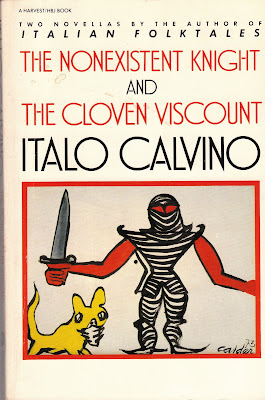 I finished it yesterday. I was attracted to the idea of a main character who doesn’t exist. He is simply an empty suit of armor. But he has a name, Agilulf, and a definite personality.

There are literary echoes through out the book.

Don Quixote comes to mind as related to Agilulf even though Agilulf’s personality is much more A.D.D. than Quixote.

He is compulsive and a perfectionist not shirking supervising the smallest tasks in the course of keeping his honor as a knight. 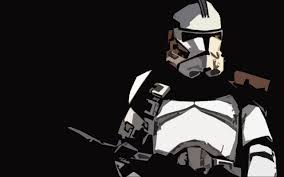 When Charlemagne assigns another outlandish character named Gurduloo as Agilulf’s squire, the similarity to the Quixote story intensifies.

Gurduloo is a perfect foil for a non-existent knight, since he constantly is losing his own identity and mimicking whatever he encounters be that a duck or a fish, or a pear or a king.

I’m also reminded of Alice in Wonderland as the plot becomes more and more outlandish.

There is a strong dash of Voltaite’s Candide especially in the way the book concludes.

I am working on a little outline of this book because it is so charming and has these many resonances.

After finishing this, I decided maybe I should pick up the second volume of Mervyn Peake’s Trilogy.

I reviewed the plot of Titus Groan, the first volume which I have read in the past and began reading Gormenghast the second it last night.

I am intrigued by this trilogy not only because of the unique imagination of Peake which is somewhere between Dickens and Tolkien.

My reading tells me that in volume three the main character, Titus Groan, emerges from the fabulous fantasy kingdom of Gormenghast into a more contemporary type society. I am interested to see if and how Peake pulls this off.