I think it began with Reagan’s political description of government not as the solution to our societal problems but as the problem itself.

This notion has exploded into what we witness in the echo chamber of ignorance, economic/business myopia, and hate. People reify our societal organization into the person(s) they oppose. So we hate the president and what he has done to us. Or we hate the radical Republicans and what they are doing to us. When in fact, we (the people) are doing this to ourselves by electing a dismal class of people who do not think clearly as our leaders.

I am horrified and amused when I understand that people want “the government” out of their lives. You know, keep your hands off my “Medicare” and/or Social Security. This takes a fundamental (willful?) ignorance to maintain.  You know. Those are government run programs. 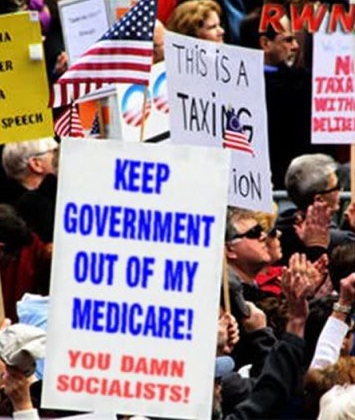 When my House Rep (Huizenga)was first elected he tweeted about cutting down government size. I asked him via Twitter what if he thought there was any reason or purpose for government. He seem to think there was but that it was out of control.

I think this is the talking point. But what does it mean? In Western Michigan it seems to mean protecting business interests with a dash of social issues (anti-abortion, blaming the poor for being non-white and causing their own poverty, etc.). As this has hit our government right now it looks to have morphed into something weirder.

Charles Taylor’s excellent analytic mind talks about “social  imagination.” In his book, A Secular Age, he keeps pitting his insights on the history of Western Civ up against where he perceives we are now (or 2007 when the book was published).

As he seeks the origin of our modern “exclusive humanism” (which essentially seems to mean a non-religious approach to being alive), he discusses the growth of the public commons and the idea that a nation (USA) could grow from a new idea that the people (as in “we the people”) could write their own constitution and build a new democratic republic that did not grow out of old ways of thinking.

Taylor says it quickly devolved. But that was an important notion in the “social imagination.”

So what about the weird stuff I read, hear and see in the right wing echo chamber? I wonder if it’s some sort of consumer counter reaction to the craziness of living in the 21st century.  Albert Borgmann says in Power Failure: Christianity in the Culture of Technology (a book I started reading in this morning) many but not all Americans are free “from hunger, cold, disease, ignorance, and confinement.” And also live lives largely enriched by our “immense prosperity of goods and services that technology has delivered.” 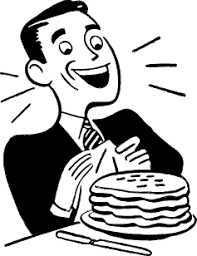 So in the case of many of us, our daily lives are privileged. But of course we have frustrations. It is tempting to  generalize our personal angers and foibles onto our pubic officials. We see them as our enemies who represent a challenge to our understandings of ourselves.

This is who we must punish I guess. Pogo still applies. “We have met the enemy and he is us.”