For many years (in my 30s & 40s), I used to pray everyday.  I used to get up in the morning and pray morning prayer with a healthy dose of psalms. I usually managed to get evening prayer in some time in the evening as well.

I can’t remember exactly but I think I read about 20 psalms a day in the course of these prayers.

I used the Episcopalian book to do this. In retrospect it feels like a quietly desperate attempt to stay in contact with a part of myself that had to be hidden in my work with the Roman Catholics.

The Catholics have strict rules about who can and cannot receive communion. Being a professional church person working for the Catholics, I was well versed in those rules as well as many other things about Catholicism.

I violated the rules of the club reluctantly. So I only received Communion a few times in Catholic situations even though other Catholics often found this puzzling.

That was then. Now the Roman Catholics (especially the bishops and the pope) seem much more comfortable with limiting who takes communion with them.

So this means all the years I worked in the Roman Catholic church, I and my family chose not to convert and did not participate in the central rite of this church.  I mean I did everything except actually receive communion. It was part of my professional understanding of public prayer that leaders of prayer “adopt the entire posture of the prayer.”

This means lead and encourage participation.

The daily prayer of the Christian Church is sometimes referred to as the “Office.” This comes from officium which means duty. I saw prayer as an extension of my own musical discipline.

Praying so many psalms over the years, I came to really love them. I still do. I had a conversation recently with a professor who insisted that he primarily sees the psalms as Christian. I was saying to him that when I prayed them daily I tried to see them more the way they were intended. Scholars have phrase for this: sitz im leben.

Unsurprisingly this had little effect on my listener.

But now I’m likely to get up in the morning and reach for a book of poetry.

That’s what I did this morning. I keep all of my poetry books together in several bookcases. So I can run my eyes over books of poetry that have been with me all my life and ones that I have acquired more recently. This morning as I reached for a book, I saw several by an author who was a favorite of an old acquaintance with whom I have not had a conversation for many, many years. It reminded that I had dreamed of him last night. The sudden remembering of this and the memory itself felt like a poem.

I spent most of yesterday waiting to see if the teacher organizing the vocal recital Wednesday was going to call and schedule rehearsal times with me and his students. I emailed him a couple of times. Called his cell and left a message. His responses did not make it clear what was going to happen that schedule-wise.

The little city where these rehearsals is about 20 minutes away.  Finally he called my land line and we agreed that I would only meet with one student an hour before the performance tomorrow evening. This student is the one who is the least prepared and is, of course, doing the most challenging music.

This did not make for a very relaxing day. Mondays are usually hard for me anyway. I find that performing at church takes a great deal of energy especially the way I do it, immersing myself in the execution of the music whether improvised or prepared.

Interestingly, my ballet classes are just the opposite. I find it therapeutic to be a musical fly on the wall. Sort of an mildly artistic metronome, making up melodies and tunes that are most always in symmetrical phrases.

My little Christian college is on break and I think I almost missed dragging myself over to the studio and improvising for two and half hours yesterday.

No ballet today either, but I have to prep for a rehearsal with instrumentalists from church this evening. I put out a call for another gathering instrumentalists and received a discouragingly low number of responses. My boss and I agreed that I would put less energy into this ensemble this year. So I’m trying to do that. No fancy composition for these guys tonight. Nosirree.

A couple books I ordered came in the mail yesterday: 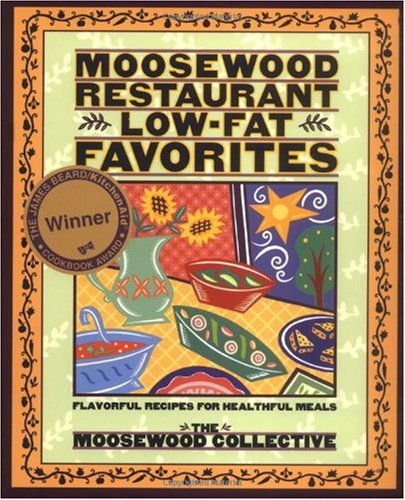 I like this cookbook because at this time I’m keeping an informal eye on my caloric intake and slowly losing a bit of weight. I bought it used through Amazon. 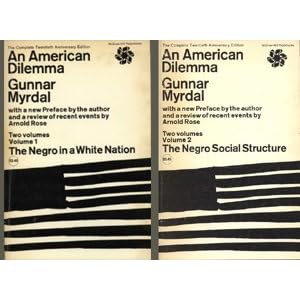 My copy of this looks like one of the two above. It’s an old paperback in good shape but is both volumes in one. Myrdal was a Swedish social economist who examined the United States racism and other social problems in the 50s. Since I am already a bit of a fan of De Tocqueville, this attracted me. It looks very interesting. I got this book using my earned credits at paperbackswap.com. 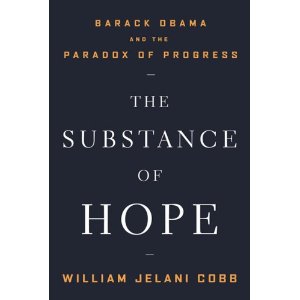 I saw William Cobb on a C-Span presentation recently. He really impressed me with his historical perspective on the present moment in the United States. I interlibrary-loaned this book to see what it was like. Read a bit in it last night and his prose is a bit stiff but I am interested to see what he says about Obama and Jeremiah Wright.

Even though I checked other websites, the NYTimes had the best and clearest explanation of the post Mubarek events over the weekend.

This op-ed piece by Roger Cohen poses the idea that what is happening in Egypt, Tunisia and other countries could be a positive opportunity for the U.S.

Krugman points out the paradox of a public that wants taxes and government reduced but just for the other guy.

Journalists angry over the commission of journalism – Glenn Greenwald – Salon.com

The use of the word, “commission,” in this headline/link is a bit confusing. I haven’t read the whole article yet, but commission is used I believe in the sense of “committing” journalism. See quote:

From the update at the end of the article: ” [W]hat matters is that factually false statements are clearly designated and documented as such, not treated as merely “one side of the story” deserving neutral and respectful airing on equal footing with the truth.”

My family member, Jeremy Daum, put this link up on Facebook. Beautiful pictures of beautiful architecture.

A colleague of mine from grad school put this video up on Facebook. Not sure what to make of it, but it is interesting.