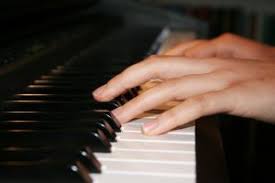 Spent the whole day practicing yesterday the way I imagine a performance oriented musician might.  In other words, practicing eight hours a day conjures up in  my mind practicing then taking a break, then practicing some more, continuing in that kind of a pattern.

I had planned to finalize scores for my little upcoming gig, but I spent the day practicing instead. I think I will have time before the rehearsals this week to put together a performance book for myself and make sure all players have the scores they need.

I have to turn my thoughts to church and Mom a bit today. I need to pick some easy prelude/postlude music for this Sunday and get Mom back and forth to the shrink. I’m still planning to work hard on my gig stuff in between.

I have been thinking lately about my level of skill as a performer.

This is a bit tricky. I am a pretty good player. The magic of recording has such impact on all of our perceptions around musical skill. Historically this has improved musical execution in a startlingly way but it’s a bit of trade-off as it creates a high, some would say unrealistically high, expectation of perfection.  Also, it often seems to me that many of my colleagues and other musicians I know play much better than I do.  I know that live performances are a different animal from the recordings I hear and inevitably contain the human element of some flawed playing but nevertheless I think we all are affected by this. I am happy with the continuing improvement of my playing skills but also keenly aware of my shortcomings.

I spent a good deal of time with Mendelssohn yesterday strengthening the weak sections. I know if I am able to continue rehearsing in this manner it is likely I will give a good performance of the D minor piano trio movement I have scheduled for the gig.

I also worked quite a bit on  my singing. 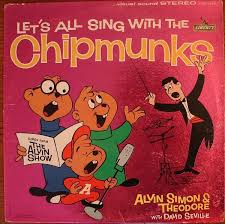 This is something I haven’t done too much of even though many of my songs and pieces were written to be sung and I am my own primary performer of my work. My voice is aging of course as is my whole body. I like my voice but realize it’s a bit of an eccentric sound and seek to make it more pleasant to listen to and also to enunciate the words in a clear intentional manner.

Anyway, I keep fussing about with stuff for the upcoming August gig. I think it will pay off.

Along these same lines I think about the way I have chosen to spend my musical life.  My father and grandfather were both outsiders of sorts but they were also principled and spent their lives pursuing their own sense of purpose in their field of church. I guess I sort of am the same with my music. 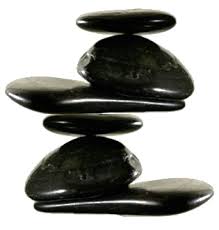 It is a contemporary axiom that in our time perceptions often trump content. Though I try to more or less quietly lead with content the noise of how others perceive me often drowns out this intention. This is slightly disheartening sometimes but for the most part I am happy with the way I have lived my life so far especially in regards to my work.

This is probably just my chronic melancholy stirring. Heh.

I stopped by and said hi to Jonathan Fegel at the music store yesterday.

He buried his brother last week. That was the funeral I attended. Jonathan has been a friend for a while. Our orbits have ceased to cross much since he has settled down into a relationship and made some babies. I miss him but understand how life ebbs and flows. I stopped by to show him a little support as he learns how to live with the death of his brother. He looked a bit subdued as I watched him sell guitars and wait on customers. But when we had a chance to shoot the shit he seemed to perk up a bit. I hope I cheered him up. That was the intention.

I also wanted to tell him why I didn’t ask him to play on this year’s gig. He has worked with me musically since he was in high school. But the last time we played together I got the impression that my work was a bit rough for him in the execution due mostly to my ignoring the mix of the performance and concentrating on the energy.

Yesterday he told me that it wasn’t only that. Something was happening in him,  he said. Hard to tell what’s going on with that. Probably none of  my business really. But I told him I was available for talking and playing if he had time and/or inclination. I don’t think he’s up for much right now anyway.

I think this is an example of pretty fine writing. I enjoyed it.  But be warned. It’s not a happy story. It’s about an orphan whose life is so miserable that being a dredgeman in the bayou is a pleasure.

I also finished off  The Nobody’s Album by Carolyn Parkhust.

I think I was attracted to the main character. She is a writer who is working her way back into the life of her son after they are estranged by her work and the death of her husband (his father) and daughter (his sister).  There was just enough plot to keep me connected (a murder) but I think really it was the writing that I enjoyed. Nothing deep, but it didn’t strike me as contrived at all, very natural.