My oldest daughter living in New York has been active in the Occupy Wall Street activities there. She narrates this newer slicker production of a video of one of her recent projects. I am so proud of her. It is interesting to see back and forth comments from her and her relatives on Facebook. Myself, Eileen, Sarah, Matthew and Jeremy; my brother’s fam; and my Mom seem to support what she is doing. But the rest of her relatives are either silent or reactionary to what is going on. Not surprising since the reactionary voice is so prominent in much of the public air waves and internet.

I have begun checking on this radio station which my son listens to out of curiosity.

Radio and TV do mostly spin in my opinion. There is very little careful information coming from these sources. I prefer journalism like the web sites of the New York Times, The Washington Post, The Christian Science Monitor, and others. I pick up a hard copy of the Wall Street Journal occasionally because they restrict access online.

I also find that historical knowledge doesn’t inform a lot of the talk. That’s why I’ve been doing some reading in history lately. I keep learning stuff from US history. I have a basic knowledge of history but of course it can always benefit from more focus and information.

For example, this morning I read this sentence which put a bunch of events near each other, most of which I was aware of but did not realize how close they occurred.

“The political struggle in Poland
the Moscow conference of the Council of Foreign Ministers
in April 1947,
announcement of the Marshall Plan in June,
the Czech coup in February 1948,
the Berlin Blockade and airlift,
and the beginning of the Korean War in June 1950
all dramatized the irrevocable drift into ideological and strategic polarization.”

You can tell I’ve been up reading poetry and history already.

THE GOVERNMENT VS. THE FREEDOM OF INFORMATION ACT

I regularly listen to this program online.  You can stream this weeks program but transcripts don’t go up for a few days. The USA must be the only country that feels it should have a law to let it lie. Other countries probably just lie. I love my country! 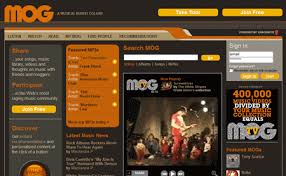 This is another streaming web site I just found out about. Not sure I need another one besides Spotify and Naxos, but it’s interesting.

I wish more reactionaries would pitch their criticisms of entitlements the way this author does:

The problem is not simply the judiciary. The attempt to achieve collective justice through individual entitlements is inherently conflicted. Litigation driven by individuals often produces perverse effects. For example, because laws prohibiting age discrimination outlaw mandatory retirement, older executives and professionals who suffer little if any discrimination can extract lucrative “golden handshake” retirement incentives from their employers. But because job seekers rarely sue over the job that got away, those laws don’t address a bigger problem: age discrimination in hiring.

I find this much more compelling than spin. Immigration and Customs Enforcement received more than $1.6 billion for removal and deportation in the last fiscal year. It can cost $23,000, by some estimates, to remove someone from the United States.

Though it has assured Congress that it concentrates on those who pose a danger to public safety, the agency often deports immigrants guilty only of technical violation of the immigration laws. A study group based at Syracuse University analyzed 187,000 immigration cases that were completed in the 10 months that ended on July 31. Of those cases, 81 percent involved only procedural, not criminal, wrongdoing. Of all the accused foreigners, only two were charged with terrorist activities. Neither was ultimately convicted of terrorism, and the immigration court even granted one of them permanent resident status.

Bargain or Fight? Advice for Obama – NYTimes.com Letters to the editor

To me, Big Government has always stood for compassion for the poor, the homeless and the huddled masses, as the poet of our liberty claimed, and not the callous greed being exposed by Occupy Wall Street; for improving the living standard for everyone and not just the top 1 percent; for confronting the plutocrat-generated fear of America’s decline constantly offered by Republicans over the soul-enhancing hopes and aspirations for all that Mr. Obama originally campaigned on and has now seemingly joined Occupy Wall Street in embracing once again…

…Frustration with government incompetence is not a measure of ideological allegiances. Studies have found no consistent relationship between trust in government and policy preferences.