Determined to actually have a day mostly loafing, I’m only just getting around to today’s post. 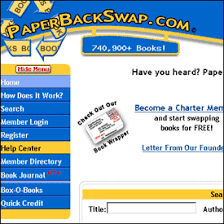 After blogging yesterday, I ordered two (free) books from Paperbackswap.com.

The autobiography of William Carlos Williams and a book of his poems. Not sure which book of poems, but since I can’t find a copy of his poems (I’m pretty sure I used to have a copy), I thought I would order one.

Williams was a medical doctor as well as a poet.  I am finding Paterson surprisingly engaging for a book length poem. It seems to be a coherent antidote to the vapidity of most stuff in a vernacular that this sixty-year-old recognizes.

“Who restricts knowledge? Some say
it is the decay of the middle class
making an impossible moat between the high
and the low where
the life once flourished .. knowledge
of the avenues of information–
So that we do not know (in time)
where the stasis lodges, the university,
they at least are the non-purveyors
should be devising means
to leap the gap. Inlets? The outward
masks of the special interests
that perpetuate the stasis and make it
profitable.

They block the release
that should cleanse and assume
prerogatives as a private recompense.
Others are also at fault because
they do nothing.”

from Paterson by William Carlos Williams

Apt quote for an aging part time employee of a college who is on fall break.

I have been listening to Bach’s cantata that utilizes the melody, Schmücke dich, o liebe Seele (Deck thyself, my soul, with gladness – yesterday’s communion hymn and also the melody that Brahms used in the piece I played for the prelude). Here’s a lovely version of the first of it on YouTube.

The Secrets of Government Killing – NYTimes.com

Man o man. The state at its worst. 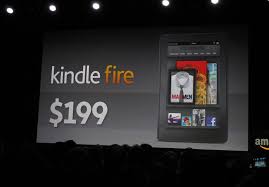 Eileen and I are eyeing this new version of Kindle. It’s not available yet. But it looks interesting.

Remember Marvin Kalb? He’s still around and brilliant as every. He wrote this article.

Just in case you missed this.

The people who use dirty tricks continue to outfox democracy.

Two Festivals for Thinkers Vie for the Minds of Chicago – NYTimes.com

Panel of commentators, including one of my favorite liberals, Erik Altermann who also wrote this article:

Think Again: The Era of the ‘One Percent’

William Grieder, another person I admire on the left, had this short little comment:

Why DO They Occupy Wall Street? | The Nation

“Liberty Park [where the current demonstrations began – SBJ] is now Zuccotti Park, which the real estate developer who bought the land renamed after himself. Doesn’t that pretty much say it? The egotism of capital has obliterated the softer values and virtues of labor and everyone else—anything that got in the way of the engine of modern capitalism. It is not just the millions of innocents who have been trampled by the profit-harvesting machine. The Wall Street guys and their lackey economists even captured the political culture and corrupted its meaning.”