I have begun the past two days reading in Suzanne Gardiner’s Dialogue with the Archepelago. I’m about half way through it.

The poems are laid out (as above) with two or more phrases per line separated by a slash. Sometimes they are actually dialogues. The voice of the poem is often the voice of people speaking.

Descriptions of some statues/1

from Suzanne Gardiner’s Dialogue with the Archepelago

My boss was out of town yesterday. Her new assistant (and a former boss of mine) presided and preached. I did  my work with a combination of pleasure and fatigue.  As I mentioned yesterday, I had some ideas about using handbells if the children’s choir director delivered them in time. She came in about ten minutes before the pregame rehearsal with some of the handbells. I was at the organ doing some last minute prep of my prelude and postlude. I had enough time to pick out some handbells.

We used them on a couple of hymns. I think they add a feeling of depth and acoustic in a pretty dry environment. Eileen actually played along with a couple other members of the choir. The congregation sang well. I played well. I thought that Sweelinck’s interpretation of the melody of our first hymn was a pretty classy prelude. Not sure if anyone was paying that much attention.  No matter. I do it to do it. 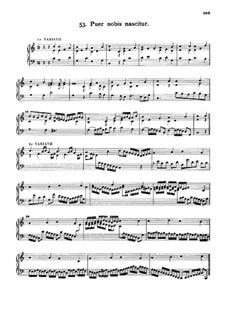 My postlude was kind of a novelty piece. The composer, Johannes Matthias Michel, used the hemiolic rhythms of Bernstein’s “Everything’s fine in America.”

It’s kind of fun to play and not that easy particularly.

There was  a pedal run toward the end that I have been sweating over all week. I managed to execute it accurately and musically in performance.

One choir member remarked that first I did the Widor Toccata and now this piece. I guess they are both kind of novelty pieces.

After church, Eileen and I walked home, had some lunch and then went over to visit Mom. I took her three little books of photographs and a couple of clothes catalogs. I was hoping to gently pull her out of dwelling on her self and her health.

I was startled when she readily identified the people in this photograph as herself, her mom and her sister.

I came home and put several pics on Facebook for the fam.

She also quickly identified this picture of her father:

Eileen says I am now past my ability to function well due to fatigue and burnout.

We both agree that looking forward to some time off is helping a bit. Today is my last four and half hour day of accompanying Ballet classes.  The term ends for me on Thursday, since my Friday class has been canceled (I think).

A Fair Shot at a Job – NYTimes.com

Did you know it was illegal to exclude people from employment solely on the basis they have a criminal record? One has to have a compelling business reason. Of course in our “classless” society one usually does.

A Body, a Scandal and China – NYTimes.com

A retelling of the current scandal in China.

The Tech-Savvy Traveler – NYTimes.com
This has some interesting links and mentions of internet helps for the traveler that I have never heard of, much less used. Maybe next time.

I have often wondered if the Blackwater crazy mercenaries cowboys who originate here in Holy Old Holland influence the local policing. While I’m sure we have some good local police,  there are many of them who seem to be a mistaken about what a good local policemen can accomplish in terms of community building and stuff like that.