I read this sentence in a poem this morning:

Hmmm. Didn’t recognize the word. Neither did spell check. But it was in the OED. 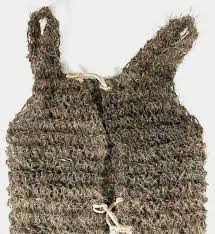 Here’s more from the poem:

slip into the glitzy red gown of penance, and it would be no different
from what I do each day—voyaging the salt sharp sea of your body,
sometime mooring the ports or sighting the sextant, …

from “When the Beloved Asks, ‘What Would You Do if You Woke Up and I Was a Shark?'” by the illustrious Natalie Diaz. 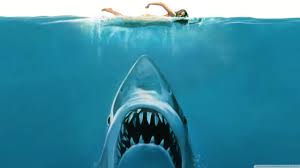 Then there was another word in Louise Glück this morning.

Not I, you idiot, not self, but we, we-waves
of sky blue like
a critique of heaven: why
do you treasure your voice
when to be one thing
is to be the next to nothing?
Why do you look up? To hear
an echo like the voice
of god? You are all the same to us,
solitary, standing above us, planning
your silly lives: you go
where you are sent, like all things,
where the wind plants you,
one or another of you forever
looking down and seeing some image
of water, and hearing what? Waves,
and over waves, birds singing.

Oh yeah. That’s what it is. A flower.

Glück mentions these flowers in another poem I read this morning.

You have no place in this garden
thinking such things, producing
the tiresome outward signs; the man
pointedly weeding an entire forest,
the woman limping, refusing to change clothes
or wash her hair.

Do you suppose I care
if you speak to one another?
But I mean you to know
I expected better of two creatures
who were given minds: if not
that you would actually care for each other
at least that you would understand
grief is distributed
between you, among all your kind, for me
to know you, as deep blue
marks the wild scilla, white
the wood violet.

Lastly, I ran across a word that the OED didn’t know.

And where once the crowdws were mere pent peacocks,
Twiddling half chatoyances, shimmers in the dark,

from “Aubade, Vol. 2: The Underground Sessions” by Rowan Ricardo Phillips in The Ground

Wikipedia to the rescue.

The sun is a sequence of flash and din
In the sunken club’s slack black ceilings.
And where once the crowds were mere pent peacocks,
Twiddling half chatoyances, shimmers in the dark,
Now only dancers remain.
The DJ rubs the mood of the room as though it
Were his womb. We dance: we ripple in place.
The twin black lakes of vinyl blend
Stirred to life by the dipped needle.

And when we thought we’d reached the end
It was remixed again.
No one I know knows for real when to end.

As when a drinking collared deer
Hears a noise and
Although safe by being Caesar’s
Feels a strange freedom there in that second,
Some sense in the gut, a thunder of ribs,
A surge in the blood, some cinched memory
Of not being Caesar’s,

I change in the sameness of change.
I embrace the night and get gone.

Interlibrary loaned the book in this review. Memorable quote from the article:

Monty Python was able to survive many things, but Goldman Sachs wasn’t one of them.