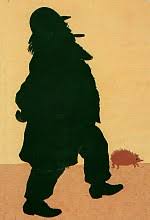 I was musing as I walked to church yesterday that I was planning to perform a work that I had been preparing for more than a year. The work was the first movement of Distler’s organ trio. I hadn’t been working assiduously nor consistently on it for this period. But I had made a page turn copy a while back and did include it from time to time in my daily practice. I admire the work.

So like any craftsman I had put hours and hours of preparation into that morning’s upcoming performance. Playing a trio is an odd experience. Usually a moderately trained organist such as myself can pretty much sight read each individual voice with hands or feet. This is true of Bach’s organ trios which I quite adore. Distler’s trio is a bit of an exception. His melodic ideas are so unique that it’s easy to get tripped up when sight reading even one of the three voices. I like the uniqueness however. Not just their uniqueness but the shape of the melodies and the sound of the  harmonies themselves attract me. I won’t bother to embed a video of me (or anyone else) playing them here. If anyone is actually reading this far and is curious, you can go back a post or two and find them embedded there. Or google a performance. The fleeting aspect of musical performance is something that I ponder from time to time. One puts in literally a lifetime of study for a moment of beauty. I find this satisfying. 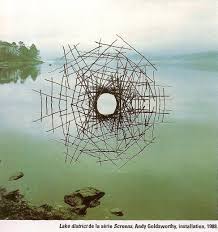 Anyway, I nailed the piece yesterday. I was very happy with how I played it. As I intensified my study of this piece in the past couple of weeks anticipating this performance, I realized that I would occasionally stumble over little sections that were actually repeated several times in the course of the piece. I would usually played them all correctly but once in a while in the last occurrence I might have a bit of a blip, not exactly a wrong note, but a moment of loss of control.

I figured out this was a lag in my concentration. This lag followed one of the most difficult sections in the piece which I rarely misplayed. I discovered that if I consciously concentrated a bit more in the preceding difficult section the rest came off pretty much flawlessly. The situation yesterday was not only was it Memorial Day weekend, but the service followed last weekend which was an intense tumultuous one for many in this church’s community. Our priest, Jen Adams, was running for bishop of our diocese. The election was last Saturday. We and she were poised for one of two outcomes. She would win or she would lose. Either way it was a lot of stress for some. A lot of stress for her.

At the end of the service Jen remembered to announce that the next Sunday (that is yesterday) we would begin our summer schedule of starting our services a half hour earlier at 10 AM.

All of this made me expect a small attendance yesterday. I was correct. I also predicted an influx about twenty minutes after the new starting time. I was correct in this also.

So it was a small gathering. As a performer on the organ it’s hard to connect physically with listeners. In my situation, I’m never sure if people are listening since when they sit they sit with their back to me. I can’t see faces.

So I try to reach out with my playing but am never quite sure how if people are noticing much less responding.

I asked a young person who was one of the acolytes if she had listened to the prelude at all. She said she had some. Since she herself is a musician I asked her if she noticed if the piece was steady in tempo. This wasn’t unreasonable since I know she is a fine percussionist. She said she wasn’t listening THAT close. After a pause she said it sounded nice though.

1. Joss Whedon on His ‘Much Ado About Nothing’ – NYTimes.com

I love the mix in this story. A movie maker is stressed about an upcoming blockbuster he is working on based on comic book heroes (“The Avengers:). In the meantime, he covertly convenes some actors and makes a movie of Shakespeare. It clears his head and he continues with more vigor in the final edit of his money maker. I love the mix of Shakespeare, comic books and movies.

2. For Consumers, an ‘Open Data’ Society Is a Misnomer – NYTimes.com

Date for me, the corporation but not you, the consumer. Hard to get clear access to one’s own data. Delicious irony.

Dowd comes up a clear and excellent phrase that sums up the error of the war on terrorism: “W., Dick Cheney and Donald Rumsfeld declared war on a tactic, stoked fear as a smokescreen and treated pre-emptive attacks as just.”

“War on a tactic.” Excellent.