I  finished reading People Get Ready: The Fight Against a Jobless Economy and a Citizenless Democracy by Robert W. McChesney and John Nichols. I found their observations fascinating. They are scholars who are advocating a renewal of our country as a democracy. They see this movement as a critical step to dealing with the current abhorrent conditions in our country: control of the government by corporations, the steady erosion of jobs that people can do instead of robots, and of course the lost of incomes, the poverty, the poor health care, the crumbling infrastructure. All of these are seen by these two scholars as evidence that something is happening right now in the USA and the world. They are not sure what the future will look like only that it is here.

They speak in the voice of historians outlining some of the history of the attempts by the USA to be a more perfect union and democracy. They speak in the voice of visionaries that have the conviction that the future can be one where the people of our country have more of a say (and thus interest) in our government. They talk about getting topics and issues back on the table where they have been forbidden and ignored. Media reform is also at the heart of their ideas. They advocate for an “American BBC,” that is media that is funded directly by the public for the public. McChesney as a historian of journalism says that the time has past for journalism to be market driven, entertaining and to somehow make a profit. Information is essential to making good decisions. The people making decisions now for our country, the 1%, the bosses, the financial wizards, and so on, do not think that information is entertainment. They ignore the media they have created and get good information. We, the people, need this information. 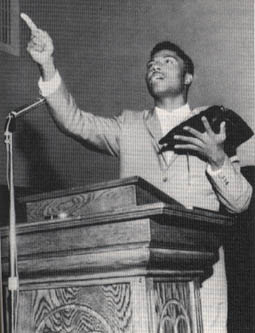 Speaking of books, Rhonda showed up to play duets with me this week with a crate of books on their way to Bibles for Mexico. She left them with me. I have been looking them over and pretty much deciding to keep all of them.

Many of them are books on church music from a different  perspective than my own, which I think of as a liturgical church musician. Of course the story of much of the late 20th and early 21st century has been a healthy convergence of some of the ideas surrounding people singing in prayer.

A few books in particular have caught my eye and I have been reading in them.

Jubilate! Church Music in the Evangelical Tradition by Don Hustad is a 1981 book which speaks of church music from Hustad’s understanding and perspective. Hustad has affected how I think about some of the music of my youth that I now lead in an Episcopalian context. I head him speak some years ago at a Hymn Society Convention. What he said struck me and has stayed with me, namely that when performing and leading much of the white gospel music, it is stylistic to play literally what is on the page.

This was a revelation for me. I was raised in a white gospel situation and it was the rare occasion to hear a keyboard player play something exactly as written. Arpeggios, octaves, even chord changes were routinely added. Then I had my first taste of black gospel music and have been pursuing those skills as well ever since.

A music leader could hear this mission hymn in black gospel ways, slow it down, change rhythms, add licks and it would sound right to me. However, literally playing it on the page evokes a different atmosphere, closer to Charles Ives than Andre Crouch. It’s helpful to have both in one’s repertoire when serving an American congregation.

Well , enough. I must be tired. I’m getting carried away. I might write more about these evangelical books later. But I want to add that I was very surprised to read about Hustad’s own musical schizophrenia (his words), being both a highly trained classical musician and one who served in the Billy Graham crusade. I can’t help but wonder how I would have reacted to his ideas as a young preacher’s kid who instead met Bill Gaither and Doug Oldham and was put off by their narrowness. They didn’t like rock music. They didn’t like classical music. Only, “Jesus, Jesus, There’s something about that name.” By the way, this is in the Episcopal hymnals and I’m pretty sure we have used it at Grace.

Ancient Greeks in the news!

You know. Just like in the movies. Oh wait. This is real.

This popped up on my Facebooger feed. I love the quote at the beginning.

Again with the Facebooger feed. Michigan bigots in the news!