As a life long reader (“common reader”in Virgina Woolf’s phrase), I have only read a few book length poems: Moses by Anthony Burgess, Homer, and probably a few others that don’t pop to mind right now (old age).

But William Carlos Williams’ Paterson just seems to work for me. I continue to be drawn in and seem to make sense of what he is saying. I think it helps to have read a bunch of James Joyce. Williams even mentions Joyce at one point. Paterson in some ways is like Finnegans Wake and Ulysses since both of Joyce’s books celebrate a city (Dublin) and Williams’ Paterson is also a city in New Jersey.

Paterson is also mentioned in the twelfth line of Part 1 of Allen Ginsberg’s poem Howl.

Paterson is the setting of many of Junot Diaz’s short stories and novels, including the Pulitzer Prize-winning The Brief Wondrous Life of Oscar Wao, and John Updike’s 1997 novel In the Beauty of the Lilies.

I have read Howl, The Brief Wondrous Life of Oscar Wao And In the Beauty of the Lilies and am glad to know they take place in Williams’ Paterson.

I just ordered this book. I found the titled referenced in a wikipedia article on Patterson which says “Williams’ book In the American Grain is claimed to bePaterson’s abstracted introduction involving a rewritten American history.”

Excellent! Right up my alley for my non-musical reading these days.

Another good article by Charles Blow. Link to this chart is in article. As you can see this is what it shows:

Social Justice in the OECD (Organization for Economic Co-operation and Development).

inter-generational justice rating – in the bottom 15 (our highest rating).

What a Family Faces After a Murder – The First Week – NYTimes.com

This article details what it’s like after your Mom is murdered in New York. Good writing. 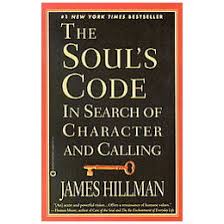 Author I have read and sometimes admired.

The Path Not Taken – NYTimes.com

“Iceland’s very desperation made conventional behavior impossible, freeing the nation to break the rules. Where everyone else bailed out the bankers and made the public pay the price, Iceland let the banks go bust and actually expanded its social safety net. Where everyone else was fixated on trying to placate international investors, Iceland imposed temporary controls on the movement of capital to give itself room to maneuver.”