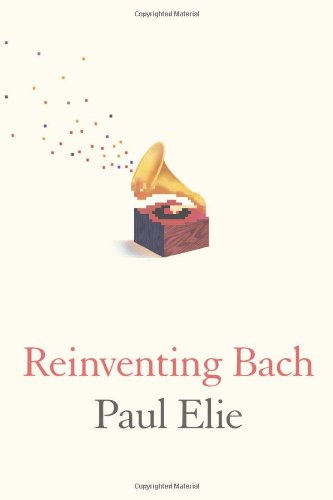 I finally finished Reinventing Bach by Paul Elie. It is a book driven by the passion of someone who loves Bach and at the same time is not completely asleep to what is happening around him. Elie sets Bach squarely into the 21st century. He sets up a corrective to stereotypes of Bach as irrelevant by layering instance after instance of Bach’s impact on contemporary life.

I would say that I recognized a good 80 to 85 per cent of the appearances and performances of Bach he weaves into his narrative. More than that, he doesn’t seem to omit anyone who has impacted me about Bach: Glenn Gould, Pablo Casals, Wendy Carlos, The Swingle Singers, Albert Schweitzer and others. This is not to mention those I more reluctantly admit have influenced me like Stokowski and Yo Yo Ma.

Reading this book felt like a guilty pleasure. Elie’s basic metaphor was Bach as the quintessential inventor who is as at home in our digital permutations as he is in passionate and eccentric recreations of his works like John Gardiner’s Cantata Pilgrimage.

The book is written in short sections. I took advantage of this and read it while I was sitting at the piano in ballet class waiting to play or standing in line at the grocery store as well as sitting alone in my house.

I was almost sorry to come to the end of the book.  I have a feeling that if you don’t love Bach as much as I do, you as a reader might find Elie cloying. But I do love Bach and immensely enjoyed reading of another’s passion especially someone who seems to be living in the same world of music and information  that I inhabit.

Recommended but only to crazy people in love with Bach. 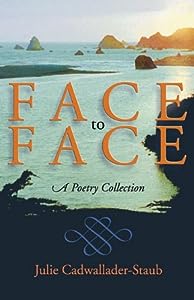 I interlibrary-loaned Julie Staub’s first book of poetry Face to Face after reading a poem by her on Writer’s Almanac. As far as I can tell, this poem called “Progress” is omitted from this collection (no index). I believe there is a poet lurking somewhere in this writer’s consciousness. But her orientation toward sentimental Christianity sometimes leaves me with an over sweet taste in my mouth. She seems to be a Quaker who took a degree in Religioius studies.

More disturbing is her use of the illness and death of her husband as a subject and context for these poems.

When I was a young man, I was introduced to the idea of how artists cold bloodedly will use  those around them for their art by Ingmar Bergman’s film, “Through a Glass Darkly.”

In this film, the father mercilessly uses his daughter’s mental illness as background material for himself as a writer.

This film was also my first exposure to Pablo Casal’s brilliant rendition of the Bach cello suites which is used in the soundtrack.

Julie Staub creates poems that refer to her dying husband. Some of them are beautiful. Some trivial. Her consequent embrace of life in a Christian joie de vivre left me a bit queasy. A bit like watching the mentally ill daughter in “Through a Glass Darkly” read the journal of her father the writer where he is meticulously documenting her descent into madness (presumably as background material for future writing). I do love the Ingmar Bergman films. “Through a Glass Darkly” was the first of a trilogy by Bergman. The second in the trilogy was “Winter Light.” It also is an important one to me. In it, there is a priest who is suffering from a loss of faith. The pacing on these old films is probably annoying to revisit. But in my memory they are important to me and help me understand myself.