My spam for the last 24 hours is over a thousand hits again. Weird.

It’s ironic that yesterday which culminated two weeks of intensive preparation of a piece of music found me not exactly dreading the day, but feeling a sort of numb wish to not have to go through with it.

I still looked forward to the music (all of it, not just the postlude), but I was reminded of a childhood story told to me about myself.

My Dad would often begin his sermons with a rhetorical question. One time he began, “Do you ever get tired of church?” To which I unhesitatingly responded in my six or seven year old voice, “Yes!”

It’s difficult to relate my state of mind yesterday. But I guess it’s not that uncommon to not want to go to work, even work you enjoy at many levels.

I know that part of this was dreading not having the rest of the day to recuperate.

Well that dread is vindicated since I am mentally and physically exhausted this morning.

When I am in this mood, the things that I can usually overlook are harder to ignore. The pathologies of those I serve, the radically different values  of the community, and the barely heated through vegetarian entree at the dinner usually wouldn’t bother me at all. Yesterday seemed a drum beat of mediocrity for me to withstand.

And withstand it I did. The organ music all went well. The choir sounded excellent. I had been thinking about my lack of motivation to research methods to improve their sound in the pregame (This is something I do routinely which sort of jump starts my choral technique). Instead I relied on my skill and took them through some exercises some of which I made up on the spot. The choral sound was good thereafter.

When I got off the bench from performing the postlude, Eileen noticed that I was on the verge of tears. Indeed, I couldn’t tell her since I was overwhelmed, but what was happening in me was a result of the vulnerability I find necessary, desirable even, to a good performance. 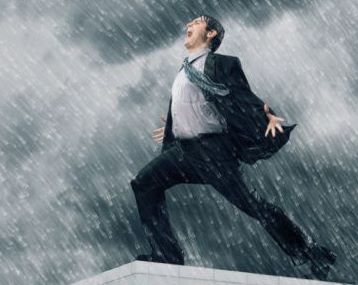 I noticed that I was understandably thinking a lot about the postlude throughout the service. It occurred to me that I was overthinking it. This is a basic performance problem.

The antidote is to immerse oneself in the music.  At least it is for me.

I love the Bach St. Anne Fugue. I think Bach takes an erudite scholarly beginning and gradually transforms it into a lively dance of playfulness and shrewd insight.

This culminates for me in a section in which all five voices are moving in quickly lovely dance like counterpoint.

It is fun to play. But easy to fall off the tight wire at that point. One has to balance pleasure with care and ignore distractions.

Eileen and I were talking later about it and she pointed out how this was a general family trait in the Jenkinses. Don’t I know it.