I’m getting to blogging a bit late this morning. I had two happy emails to answer. In reply to an inquiry about whether the local American Guild of Organists could use Grace church for practice and lessons in an upcoming event for young organists, Rhonda Edgington emailed me. She is a new local church musician I have been wondering about so it was very nice to hear from her. She checked out my blog and asked if Eileen were my wife and generally chatted me up a bit. I replied with a long winded reply. I’m hoping we might connect up for a chat sometime.  Such a breath of fresh air to meet someone locally of her caliber and enthusiasm.

In the other email, my friend and colleague Jordan VanHemert the sax guy, has taken me up on my offer to give him free piano lessons (since he can’t afford to pay). Haven’t had a new student in quite a while, so I really look forward to this. I had my eval with my boss yesterday. 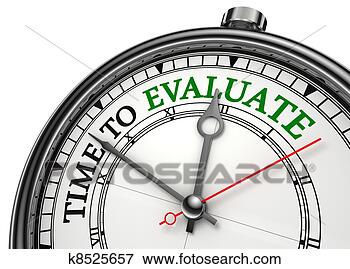 Man, I am so lucky to work with this person! She gave me rave reviews. I am looking forward to working more closely with the Christian Ed people in the fall. We are planning a Wed evening for the parish which would include a meal, formation and music rehearsals.

The past few mornings I have been itching to read some more traditional poetry as well as my beloved contemporary living poets. I landed on Shakespeare sonnets this morning.  I couldn’t find any of my copies of the sonnets, so I used this site which I quite like. The title to today’s blog comes from the first sonnet which I read and studied a bit this morning. After piano trio rehearsal yesterday I spent a few hours on the organ bench. I’m learning a piece by Calvin Hampton that probably doesn’t fit in church. It is a great piece, however! It’s the “Primitive” dance from his five dances for organ.

Here’s a decent rendition (the first part of this video of two Hampton dances) ably rendered by Matthew Mainster.

Also have been having weird attractions to Franck. So I played some of him as well as prepared “Andantino in G Minor” for Sunday’s prelude. I found a lovely “Offertory” by Andrew Carter (3rd movement of his “Saint Wilfrid’s Suite) I want to learn and worked on that a bit. I’m also eyeing some Walcha and Langlais to learn soon.

Today, I’m thinking of grocery shopping and making a supper for Eileen instead of doing our usual Friday night pizza. She’s trying to change some of her eating habits and since I’m the cook I’m trying to help.

Just about done with Updike’s A Month of Sundays. It’s hilarious. It’s about a Episcopalian priest who is some kind of rehab for failed priests who is writing his therapy out. I have been in the mood for Updike prose since reading so much of his poetry.

Enough. I have stuff to do.

China in the news!

American command squads fuck up and kill innocent people. At least I hope it was a fuck up.

While domestic and international formations influence one another, it’s worth focussing on the interplay between international configurations and locally grounded social movements.

Interesting synopsis of a complicated situation.

Congo – General Indicted in ’03 for Using Child Soldiers Is at It Again, Report Says – NYTimes.com

Child soldiers. What can I say? I have been deploring this for years and have written it into my songs. “Turning children into soldiers and whores.”