Before beginning ballet class yesterday, the teacher asked me if I would talk to the dancers about how musical meter works. She would be reviewing with them for their first written exam next week in class.  In one portion of this exam, she was planning on having me play triple/duple meter excerpts for the dancers to identify as such. She thought it would be helpful if I explained and demonstrated the concepts. Which I did.

What a pleasure to be asked to do something like this.  The ballet department has consistently noticed and utilized my abilities as a musician and improviser.  The music department at Hope has kept me at arm’s length since I arrived here in 1987.  Now. the teachers are younger, more competent, and less intolerant than when I arrived. But for the most part, they have seemed disinterested in me as a fellow musician.

I don’t mean to bitch about this at length. But a couple of examples come readily to mind. About five or six years ago, I took a choral composition of mine to the choir director at this college. I thought he might be interested in either actually performing it or discussing it. I tried to open a conversation with him.  I thought he was going to get back with me. I never saw him again until he was sitting on a hiring committee at the church I now work.  I see him regularly. He has never once mentioned the work to me. I think it’s a pretty good composition but would welcome a critical discussion of it or even a quick critical comment. I’m not even sure he remembers that I approached him.

In another instance, about seven years ago or so , I decided it would be fun to tutor music theory at the college level.

Being a composer, music theory is a strong suit of mine. I almost took a teaching assistantship at Southern Methodist to pursue upper degrees in it. (Glad I didn’t because things have worked out so well for Eileen and me in Holland) I thought it would be polite to at least let the head of the music theory department at Hope know that I would be posting signs around offering to help music students with their theory. He was polite but cool.  Again when I got my job at my present church, he was a member.  But even though I asked his jazz trio to perform at service and even read his book on jazz theory, he remained distant and cool. Eventually he and his wife stopped coming to this church, so who knows?

There are many stories I can tell like this.

It’s not that big a deal to me.  I am thinking of it now mostly because a couple of things have happened (like the ballet teacher asking me to briefly co-teach with her), that are in contrast to most of my experience in Western Michigan with connecting with college types.

I received a phone call from Jim Piersma, the husband of the violinist in my piano trio. He wondered if I was interested in performing with her at an upcoming volunteer appreciation dinner for his organization (Community Action House – a local charity that helps people with food and housing).

He offered me $100.  I hate to be so plebeian as  to instantly mention money, but his phone call was in such stark contrast to the way the Grand Haven Choral Department contracted (negotiated) with me for fees. I instantly said yes. Amy, the violinist I work with and Jim’s wife, and I were already scheduled for an afternoon rehearsal yesterday, so we rehearsed a few things and talked about some other tunes to put on the performance list for this gig.

I’ve also been booked to do a couple of upcoming jazz gigs. 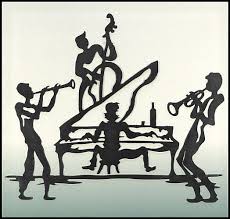 Many of the music profs at Hope right now are into jazz. I have attempted to have conversations with them about jazz and asked them questions, but again, they are polite but keep me at arm’s length.  I feel like the ragged old hippie local yokel guy. Worse things to be, I think. Heh.

The upcoming jazz gigs were booked by the Zeeland High School music teacher, Keith Walker. I have known him for years as a pretty good trumpet player and even hired him once in a while. Last year, I hired his talented high school aged son to play bass for me. Since then I am sort of in their orbit and Keith has booked me to play with his son’s group when their keyboard player can’t make the gig. Very flattering. 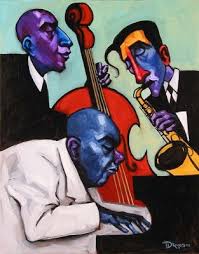 Since I’m being all upbeat and shit,  another cool thing happened to me yesterday.  I contacted my friend and colleague, Peter Kurdziel. (I do have colleagues just not so much at Hope or other local colleges, heh) Peter lives in Muskegon which is where my Solo and Ensemble festival is being held Saturday. I have a huge gap of time with nothing to do (from 10 AM to 3 PM) and thought maybe we could have lunch.

It turns out that Peter will actually be in the building doing what I’m doing (accompanying singers) and that there are some nice restaurants near the school where we can sneak off for food and conversation. Woo hoo!