Listening to On The Media this morning. As usual they have some excellent reports.

The first deals with the recent Wikimedia leaks of videotape of soldiers killing journalists. The point of the report is how violent video games and killing technology emulate each other.  Clive Davis makes a good point about the fact that unless one is “unglued” one can distinguish between fantasy and reality. Given that salient comment, it is still chilling to see how video games and the tools our soldiers use to kill in our name are so like each other.

[link to Virtual War story on On the Media Site]

Then Bob Garfield interviews an ISP provider spokesperson and a Net Neutrality spokesperson about the court ruling this week that took away any regulation of the Internet.  Scary stuff.

[link to Command and Control story on On the Media Site]

My third recommended On the Media story is about the history of Copyrights. This celebrates the concepts 300th birthday this week.

Wow,as I was streaming On the Media, RealPlayer asked me if I wanted to download the clip. I wonder if this would allow me to turn some of the streaming I do into mp3s? Illegal not doubt but very cool.

I am vigorously trying to gain perspective over my obsessive struggle with things that have been happening at my job. Only having partial success. I spent a half hour on the phone with my boss responding to an email she sent out to some staff people myself included. 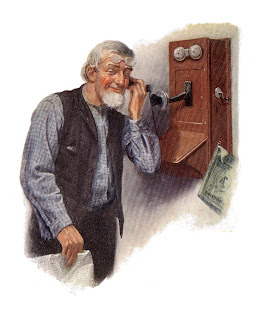 Earlier in the day I transcribed an oboe part for use with an upcoming anthem using Finale software. I do enjoy doing that sort of thing. Then I went over to church and made legal photocopies of several anthems and stuffed an end-of-the-year schedule and some other non-photocopied anthems into the slots of the Chamber Choir singers.

It was after I came home that I read the disturbing emails. I tried to compose an email to my boss describing my reaction but didn’t think it was saying clearly what I wanted to say to her. So that’s when I called her.

After the phone call  I treadmilled, went grocery shopping and then went to 8th Street Grill with lovely wife and had two martinis over supper. 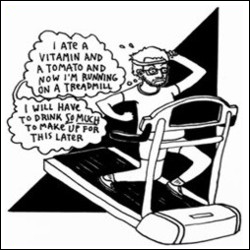 That makes four martinis this week which is not exactly restraining. I have been trying to cut back on alcohol, calories and dietary cholesterol four about four weeks. I have to report to my doctor next Tuesday. I’m hoping I can stave off switching to a stronger blood pressure medicine. My blood pressure has been very good in this period. I have also dropped a few pounds. But I need to continue to avoid alcohol and calories and fat. My uncle Richard died in his sleep from a heart ailment when he was 57. I’m 58 and have been diagnosed with heart problems. I sometimes feel like I am living on borrowed time.

It reminds me of the video game Clive James mentioned in the On the Media story, Virtual War. It’s called Passage. It takes five minutes to play. The player always ages and dies in that time.  She or he can explore a maze during this short time. One can marry but this limits how much exploration is available to the player. And the graphics look (from the online pics) very pixilated giving it a sort of whiff of nostalgia I would imagine. I haven’t played it. I haven’t played many video games, but I definitely like the idea behind this one.

Today is the Hatch Easter Egg Hunt. It was deferred from the actual day last Sunday to today. Although I usually don’t like moving around days of celebration to more convenient times, this was an excellent deal for me. Last Sunday I was in an even worse emotional not to  say physical state than I will be today I am sure.

I have to stop because I want to treadmill before Church.