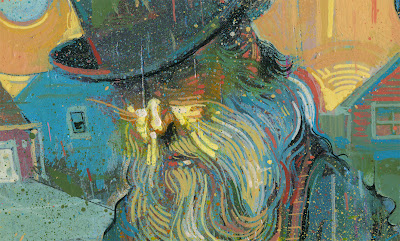 I looked up from finishing Mendelssohn yesterday to find four or five people left in the room listening to the postlude. Bless their hearts I say. My organ playing is not something that seems to interest many people in this church. It has struck me as a bit ironic (if not portentous) that this community is going to spend near a half million dollars on something (organ) that doesn’t interest most of the congregation. Even so, it was a satisfying ending to a well put together and executed service. I can do no better probably.

I am finding myself increasingly disenchanted with religiosity. My experience of church has been a weird combination of the arts, history and pathology. I remain interested in the first two, but the last one makes burn out uncomfortable. And I am burned out.

I was thrown off balance Saturday when I attempted (for the umpteenth time that week) to obtain my blood pressure medicine from the Meijer’s pharmacy. Having been told earlier in the week that the pharmacy had faxed the doctor’s office I repeatedly contacted them and asked if I would be able to purchase my meds. Finally on Friday I called the doctor’s office and left a message. They called back and told me they were going to call the pharmacy. So when I called Saturday and received the exact same answer (“We are waiting on a fax from your doctor”), I didn’t take it well. After a little harassment the person who answered the phone told me that yes the pharmacist had talked to the doctor on Friday but now I needed to call my insurance company.

What bothered me most about this situation was my own over reaction to it. It left me upset for several hours. Burn out.

It makes sense that switching one’s insurance as Eileen and I have done would complicate some things for a while. It’s a bit frustrating that the pharmacy probably had the information all along that we would have to call the doctor and the insurance company before being able to fill my prescription.

I suspect that like the Liberty tax people, the pharmacy people were just reading off screens unthinkingly when I asked questions. This is no reason to ruin several hours on a Saturday, but that’s what I did.

I or Eileen will have to contact both the pharmacy and the tax people today to keep things moving. I’m taking my last pill today, but it’s not that big a deal if I can get meds this week sometime.

My ballet classes will end soon. Holy week will be over soon. Hopefully burn out will ebb away soon.