I have a couple things on my mind this morning. First, the use, coherence and critical thought about what people think they are doing when they do music. Secondly, the conversation around the algorithms used by search engines and companies tracking online use to facilitate less aggressive users of information on the internet. First the music one. This basically boils down to the lack of articulated vision and thoughtful understanding of what music is and what it is for. I am admittedly thinking of musicians. Especially educated ones right now. I think I am being drawn back into contemplating levels of quality in music. I resist this. I found a reinvigorated sense of my own musicality early this century by turning down my so-called objective evaluation of musical quality especially that which had been taught to me in my education and subsequent reading. Instead I started listening harder to my own heart about music.

I think this was a good thing for me. In retrospect I can see that I never really dropped my educated discernment. Only added to it, the necessary brutal harsh light of honesty. This is a reason I was attracted to Ellington’s comment that music is good, if it sounds good.

Contrary to the way many of my music appreciation students probably understood Ellington’s idea (despite my attempts to clarify), this does not mean that music is good if I like it. It means that music is coherently understood and evaluated by how it is done. What it is like in the moment it exists as well as historical context. So I can see easily that music is understood by many listeners as simply a form of entertainment and distraction.  This is part my of how I do music.

I also see many educated musicians struggling with two abhorrent extremes of understanding. First a sort of platonic cave understanding that there is great music and trivial music. Great music is made only in the context of the academy and sanctioned historical evolution. Secondly, educated musicians (especially performers), so cowed by this, simply avoid the whole question and deny their understanding except in technical aspects of music. If this last group is lucky, they embrace their love of it. If they are unlucky, they are unhappy people who have forgotten their first love.

So entertainment,  academic, and technical.

I have a relationship to and appreciation of all three of these understandings. But I think it’s the blend of these with honesty and intuition that I require of myself.

Recently I have been suffering from some burn out. I found myself drawn into the music of Bach, Bartok, Mendelssohn, Bessie Smith, Blind Willie Johnson, Robert Johnson and some church music composers I admire like Piet Post (I’m playing a set of variations by this guy this morning for the prelude), Jan Bender, Healey Willan.

There is a profundity in all of this music that draws me in at all levels: the lighter level of immediate attraction (similar to entertainment), the historical context and implications (academic), and the doing of music by these people on piano and organ (technical).

In my piano trio rehearsals we have been delving deeply into Mendelssohn. I come out of these refreshed and convinced by the music.

Working with my little jazz group, I have questions about the honesty of the music. It’s a bit like church music where I also ask these questions. The difference is that I’ve only been invited to come and play piano. Fair enough. But I would benefit from conversation on why we do what we do or even what should we do as a group. But this kind of talk isn’t on the agenda. I think I make this more difficult by being such an outlier to my fellow musicians: older, unpredictable, verbal and analytic in a way that defies local male stereotypes,  confusing in my embrace of so many musical styles, and other aspects of my personality and skills that I’m suspect simultaneously intrigue and repel local musicians.

I have questions about academic  jazz I keep wondering about. Like what is exactly is the purpose of an academic replicating of style that is pretty much historical at this point?

I can think of it like my skills in baroque music on harpsichord.  I don’t feel like my connection with either jazz or baroque either is “museum-like” in nature.  For me they are living breathing traditions. When I do either music, I can feel the profundity and meaning that is important now. However the breath of the history of jazz is a free one. I suspect it has merged with other musics like rock and classical and has emerged as simply music.  This was my reaction to a public performance by Dave Holland’s band. Their music went way beyond the codified understanding of jazz as a branch of historical academic music.

Like all good music it was being born and reborn in the moment defying categorization.  I think that the great musicians like Miles Davis, Charlie Parker and others I admire embraced their music in a freedom that is contradicted by reduction to a pedagogy and limited style. 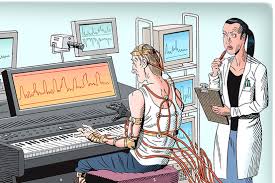 I think jazz lives in free music not recorded historical music.  In my own work, I see a relationship to myself as a young inexperienced uneducated keyboardist improvising on the tunes of the Doors and other popular music of my youth to the 59 year old educated, experienced musician who still seeks the freedom of honest music with his skills.

In both cases I resist the tyranny of the recording and try to rebirth music in the moment I make it.

I can see I have let this turn into a reflection on improvisation and music. The second thing on my mind will have to wait for tomorrow.

2 thoughts on “on music and improvising”