This post will balance all the silliness in the last one. My week has quickly filled up. Yesterday turned out to be much busier than I like my Mondays. it took me forever to choose organ music for this upcoming Sunday. I sat at the bench and went through piece after piece. Finally i settled on learning two new Clerambault organ pieces. I was in the mood for Couperin, but find his organ music either too long for a prelude/postlude or not that interesting to me. The latter is especially true after familiarizing myself with his harpsichord music which i think is wonderful.

Also, yesterday Eileen and I had to prep the garage so that workers could get around to repair our silly garage door opener. Today, we are skipping our date/drive. Eileen had a doctor’s appointment. I called the garage people and they are indeed coming but they don’t know when. When they arrive I plan to wheel all the bicycles and stuff on wheels out of the garage (as per Eileen’s instructions) and move the cars.

Wednesday I have staff meeting, Thursday trio, Friday shrink appointment. So I am trying to cram some reading in between all this stuff.

The weather is beautiful right now.

So here are some poems to offset the last blog’s navel gazing.

Whenever I hurt myself, my mother says
it is the universe’s way of telling me to
slow down. …

…. My mother knows how to tie knots
like a ship captain, but doesn’t know
how I got that sailor mouth.  She falls asleep
in front of the TV only until I turn it off,
shouts, I was watching that! ….

She makes tea by hand. Nettles, slippery elm,
turmeric, cinnamon—my mother is a recipe
for warm throats and belly laughs. Once,
She fell off a ladder when I was three.
She says all she was worried about was
my face as I watched her fall.

from No Matter the Wreckage

I dreamt a love-story yesterday.
Who loved who is anyone’s guess.
But it tasted of love, and I still see
The little boy in the Scripture class.

He felt he was enclosed in glass
As streams divided round his head
of pavement men as blind as grass.
He asked a tart if he was mad.

Alone, alone in his premature coffin
He foundered low and pondered long.
Badgered the priest to visit him often.
Draw him a diagram when he went wrong.

‘Patience! Patience! sang the priest.
Begged him bow and pray for grace.
Promised him the Eucharist.
So he bowed and prayed at last.

He enjoyed resignation. It lightened his head.
Filled his eyes, like moons, with light.
He felt better. He said he did.
And opened his mouth to take the bread.

How could I know why he did it?
Perhaps to be hated was better than nothing.
The priest brought his hand to his mouth, and he bit it.
That noise of bone on bone. It broke my dreaming.

Did stars of comfort rain from the blows on his head?
That he blessed the warders, I’m sure, through teeth bright red.
Night picked him like a flower. I left him dead.
Still biting the hand that fed, that fed.

Funny thing about Cavanagh. I was looking for a poet named Patrick Kavanagh. When P. J. came up on the library’s search, it indicated his first name was Patrick so I thought i was the same buy. Nope. 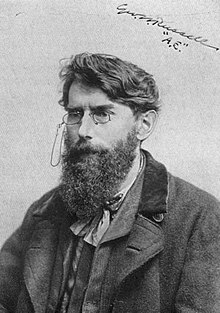 Patrick Kavanagh was an Irish poet and novelist. He lived from 1904 to 1967 and was the author of the poem I was interested in called “Epic.” 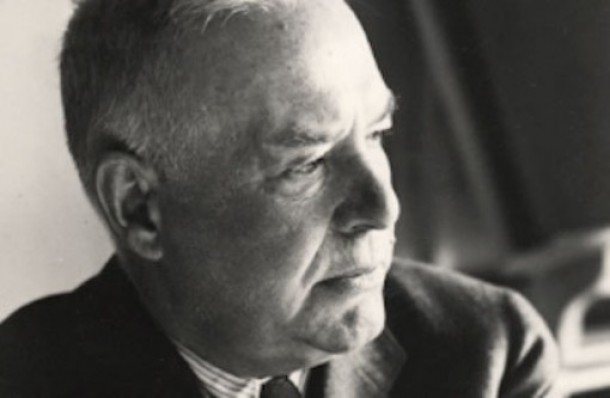 and finally ending on a happy note: Crude Foyer by Wallace Stevens.