Last night I had a nightmare. Church anxiety nightmares are something I have experienced over the years. Usually they involve not knowing what hymn or service music I was supposed to be playing. The rest of the community is poised and waiting but I don’t know which hymn to play. I haven’t been told. That was the theme last night. 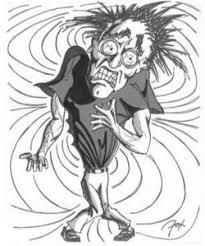 I was playing a large fancy cathedral type event with multiple music groups (choirs and groups of instruments). The bulletin was an elaborate affair of many pages. I did not have one. I kept looking for my bulletin. At one point I borrowed one from someone in the pew. Then I couldn’t make any sense of it. I found one hymn number and jotted it down. But it was not the next hymn. Meanwhile the service was going on. I even remember saying in the dream, “This is a musician’s worst nightmare: not knowing what music to play.”

I found the celebrant who is the same guy who will really be doing the service at Grace this morning while the boss is away. I told him I didn’t have a bulletin. He said there was one waiting for me to pick it up in the other room at the “lectern.” I asked him why in the world I would check there.

This ended up helping me not only handle simple anxiety but also probably was a factor in me quitting my full time church gig and doing some other things like practice more, compose more and play in local coffee houses on the streets of Holland Michigan.

The other recurrent nightmare theme I have is that I am back in school (usually college but sometimes high school) and am at a loss as to where I am supposed to be and what my schedule is.

I had a full day of tasks. Began with the Farmers Market. Then checked in with my Mom and picked up her library books she had finished reading. Off to the library where I followed my usual routing of making a note of which books she was returning and searching for new books for her to read. These days I wander around using my net book as a direct interface to the library catalog web site. This works pretty good until the web site automatically resets every few minutes.

Came home and had lunch (took up soup and tea to Eileen). Then dropped by and gave Mom her books (and Hershey bars). Then I was off to the grocery store. Came home put away groceries. Check on Eileen. Went to the church and practiced. Came home and treadmilled.

Kind of a full day off.