Visiting my son in california always means dealing with a three hour time change. This means waking even earlier than usual by the local time. Right now it’s about 5AM local time which means I have actually managed to sleep in about three hours, Michigan time.

Still the house is very quiet and dark. I have to pace myself because there is a Disneyland marathon planned for today which I am sure will tax my physical resources close to their limit. But of course I am enjoying seeing my family and will have a good time doing it. 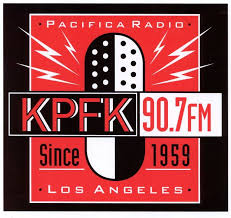 But I managed to not get up earlier by finding a local radio station to lay in bed and listen to on my MP3 player. Listening to Ian Masters news show, “Background Briefing,” on KPFK, I had an insight about the current public American political discussion. 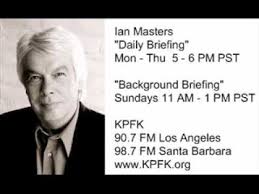 Or should I say Jefferson Cowie‘s comments on this show  helped me understand something about the confusing landscape of American politics.

I like how Cowie, a teacher at Cornell U, talked about the futility of the left throwing only rationality in the face of the overwhelming popularity of the narrative of the right.

The idea that facts are essential but not enough coupled with the idea that the impulses that drive the right are often healthy but misinformed and misguided helps me understand how Americans have been beguiled into politically supporting agendas that actually hurt their own self interests.

I particularly liked how Cowie gently corrected Masters typifying of Tea Partyers as “useful idiots.” Cowie pointed out that the impulses that are guiding people who see themselves in revolt are historically ones that have helped reform in the U.S.  It’s just that the power that needs revolting against is not so much the state as the corporations.

Part of the needed narrative on the left is that the state can be seen as a source of reform. Unfortunately as Cowie put it “we don’t have a story.”

Cowie admitted to being a follower of George Lakhoff. But he emphasized Lakhoff’s ideas of the power of mythology and narrative.I have found Lakhoff’s ideas about “framing” to be apt but troubling. Myth and story are something I think are more helpful.

Easy to  see how these ideas are playing out when our leaders make silly comments that are then taken so seriously. As in Palin’s recent rewriting of Paul Revere’s ride to warn not that the “British are coming,’ but to warn the British of the coming revolution or something like that.

It’s just starting to get light here in California. Still quiet. Going to quit blogging and rustle up some coffee.