This is the piece I played for my Kids’ Choir on Wednesday. I’m still learning it.

I hope my final performance is a little better than this one. I can see how recording affects my view of my playing. First of all it’s informative to watch myself.

I do move a lot as I play. Probably a hold over from the rock and roll days when my fellow rockers actually told me I needed to move my body more as I played.

I remember at my audition for the grad department at Notre Dame the professors were quite concerned when I shifted my body once while playing. Yeah, the whole ND experience ended up shaking my self confidence as much as educating. My teacher and his wife very unhelpfully told me as I graduated that the consensus was that I wouldn’t make it through. Nice. 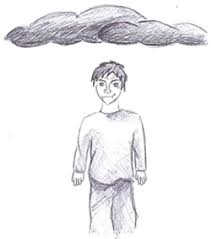 A dear professor killed himself right after I left the program. They abandoned the inter-disciplinary approach between music and liturgy quickly thereafter. There are reasons I am bitter about college.

I could have done a few more takes and probably gotten the glitches out of this performance. I’m too lazy for recording. 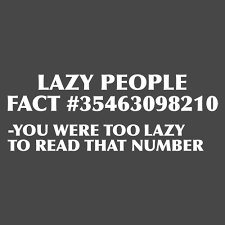 Wednesday, I asked the kids if they knew what a duet was. 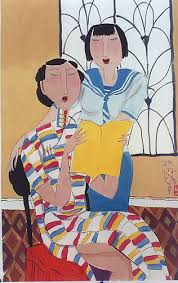 It was interesting that one of them asked if dancing could be a duet.

I said yes of course. He then said that he had danced a duet at talent show (I think it was a talent show). 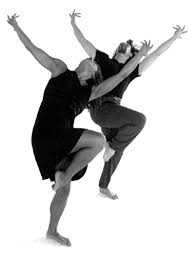 We discussed what a trio was. 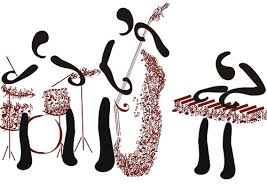 I demonstrated that my feet played the low notes. I asked them what instruments played low notes. Eventually I got “tuba” and “bass.” 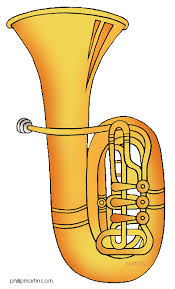 At first someone said oboe. 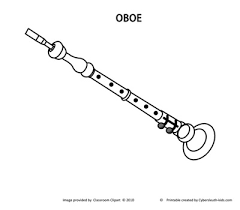 I said no, oboe is like my right hand and played a bit (it’s a reed). 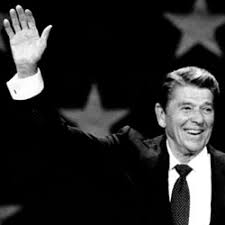 We talked about the musical materials of Bach’s piece. I pointed out how the beginning melody is changed in the second section. Two of the choristers agreed it was like “going up the stairs,” 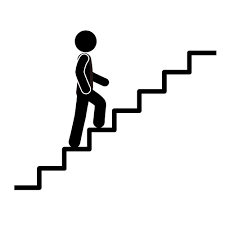 then “going down the stairs.”

I found this observation quite marvelous.

After I finished playing the entire piece for them, I said now you know something: an organist can play a trio with him/herself.

I didn’t blog yesterday since daughter Elizabeth got up early enough to keep me company. Having her around reminded me that there are people besides Eileen who “get me” (Eileen’s phrase). I do like my adult kids.

She helped me pick out the web cam and helped me try it out. She taped several  instances of me playing which I want to look at for evaluation of my technique. In the video above, the camera angle is such that at first I thought  I might be holding my left shoulder funny.  After several viewings I’m not sure. I (Elizabeth really) did adjust the camera and do some more taping so I have something to compare it with.

I haven’t looked at all of the recordings yet. I was dismayed to find that there is no video editing program building into Windows XP as there is in Windows 7.

There is one available through Windows for XP if one updates with one of the dreaded “service pack 2” for XP.

I didn’t do that.

Instead I edited on my netbook, uploaded privately to youtube, viewed, reedited, then re-uploaded publicly. There is an interim step of converting a “project” to a .wmv file format. This is clunky and time consuming but it works.

My plan is eventually to move the finished files off my netbook via dropbox because I don’t want to use the netbook for storage. Instead I will store videos on my exterior hard drive.

It’s quite an elaborate process at this point and that’s why I haven’t yet checked out all the videos Elizabeth helped me make this week.

article by the president of Tunisia.

The Arab revolutions have not turned anti-Western. Nor are they pro-Western. They are simply not about the West. They remain fundamentally about social justice and democracy — not about religion or establishing Shariah law.

a 2007 Mexican documentary that showed the prosecutor saying of Ms. Jimenez, “Despite being from Mexico, she’s very intelligent,”

“Illegal” vs. “Undocumented” – On The Media

On a related note, Pulitzer Prize-winning journalist Jose Antonio Vargas addresses how “illegal” quickly transforms into “Mexican” or just a dehumanizing pejorative  in this article in a segment on this week’s On The Media.

In Obama’s Speech, Their Voices – NYTimes.com

Some people were listening and finding encouragement in a speech.

Daughter Elizabeth pointed me to this. Haven’t read yet. She said it’s about drones. I definitely have a problem with the way the US is using drones to kill people. But at this point I still plan to vote for Obama.

The internet is not that green.