This morning I dragged myself out of bed a bit early remembering that the kitchen needed cleaning only to find that Eileen had done so before coming to bed last night. A nice surprise. 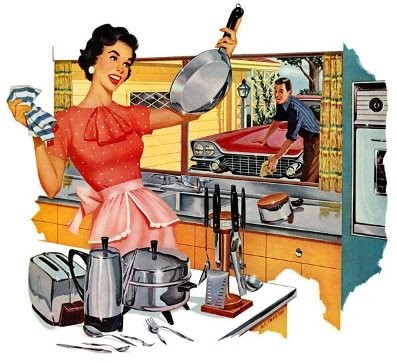 I was also pleasantly surprised at how well my postlude went yesterday. It was a little piece by Herbert Murrill on the tune of the opening hymn, “O Wondous Type! O Vision Fair,” Wareham. I had been sweating bullets over Murrill’s marking of Allegro to this counterpuntal piece in which twos against threes alternated between manuals and pedals. Finally two days ago I resigned myself to performing it under tempo and more accurately and not  butcher it faster.

Wickipedia quotes the Groves about Murrill: “Writing in the Grove Dictionary of Music and Musicians, Ronald Crichton says that Murrill’s affinities were Francophile and mildly middle-Stravinskian, both influences tempered by an English take on neo-classicism.”

Here’s a screen shot of the entire entry:

The “mild Stravinsky” reference might explain both the rhythmical innovations as well as the sparseness of the setting I performed. I like that he was a “Francophile.” Unusual in a Brit.

A couple of choristers congratulated me on my prelude which they were sure was based on our Nigerian Anthem, “Jesus, we want to meet.”

I examined both the anthem and the organ piece and decided they were mistaken, but the two melodies are definitely similar.

I purchased a book of Sadoh’s compositions and throw one in once in a while. I like his use of rhythm and the way he writes for the organ. It makes a nice compliment when we sing something African especially Nigerian.

I just sent him a friend request on Facebooger. Here’s a link to his website.

Spealing of friend requests, I sent a bunch this week. I have had a few acceptances. Hard to know what it means when I don’t get an acceptance. The local organ prof I think is ignoring me on purpose. This may be true of some of the others. However, it can also be ascribed to lack of savvy with Facebooger or even not accessing it very often.

It is interesting who responds quickly both locally and nationally. The composer, Charles Ore, responded almost instantly. He is another organ composer I like and perform.

I also improvised a loud organ piece after the gospel based on the tune Salzburg we had just sung. I was tempted to do an interlude in it, but I am mindful of the chorister who told me that she thought organ interludes were basically me just showing off. Maybe she will changer her mind when the organ sounds better (after we get the Pasi). Maybe not.

Science backs up what I have noticed in my own head for years: movies supercede history even when lived through.

India Blocked an Activist From Traveling to Britain – NYTimes.com

Image is all. Blocking an activist from speaking internationally. Bad for business.

Guest Post: Why Beethoven Is Not Enough, by Curt Barnes | Prufrock’s Dilemma

Poking around online yesterday I found some interesting articles. This one is by a “visual artist.” He comes up with 14 interesting things to think about music being written now.

Sandow is teaching a class at Julliard on the future of classical music. He emails his students questions. I admit I haven’t read these or Barnes above carefully yet. But I am very interested and plan to.

Devotions on Hymn of the Week

A Concordia College in Chicago seems to be posting meditations on hymns matched up their lectionary. Hmmmm.