I call it the loyalty oath.  In order to get tenure at the local Christian college, one apparently has to sign a sheet of paper that avows one’s belief in the divinity of Christ. At least that’s sort of how locals talk about it. I tried to find specific info on www.hope.edu to no avail.  The closest I could come was the fact that Open Faculty Positions page describes these requirements:

GENERAL REQUIREMENTS: Ability to combine excellence in classroom teaching with scholarly or other appropriate professional activity; commitment to the character and goals of a liberal arts college with a Christian perspective and specifically, to Hope College’s Mission.

The missions statement (referred to in the bold above) is:

The mission of Hope College is to educate students for lives of leadership and service in a global society through academic and co-curricular programs of recognized excellence in the liberal arts and in the context of the historic Christian faith.

This sounds pretty innocuous to me. Not like an adherence to a specific theology of Christianity. 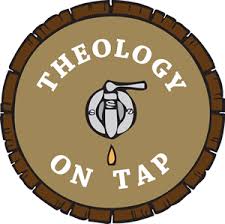 But yesterday I was talking to a colleague who elucidated the reasons for a couple of talented professors who are leaving the college, namely their inability to get tenure due to the requirement of signing some paper about their beliefs. 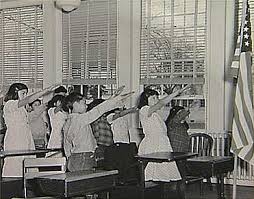 FWIW I find this practice weird, provincial and ultimately self-defeating for an institution that seeks to “educate students for lives of leadership and service in a global society.” 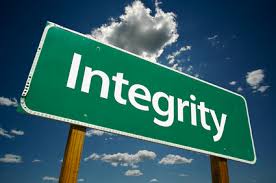 The practice is that it can be a test of people’s integrity. I could rationalize lying in order to feed the people I love. But people with more integrity than me might find it difficult. Like those two profs.

On another topic, I spent some of my Sunday-afternoon-exhausted-leisure-time yesterday looking at some tunes my sax player asked us to play on Friday evening. Specifically

Thank you to Jordan for linking these version to me in an email!

I didn’t play these tunes very well the other night and thought it might a pleasant diversion to check them out on Sunday afternoon.

“Lucky Southern” was pretty easy to pick up after a listen or two. “Fee-Fi-Fo-fum” however was more interesting.

My first and eventual response to this tune was to think about the evolution of Jazz from an aural art to a literate art. When I listened to Shorter’s recording of his composition I realized that there was much more information needed to play his piece than could be garnered from the usual Real Book treatment of melody and chords.

First of all, the over all sense of the piece is very laid back and subtle. In music notation a brief comment like “Gently” or “Dolce” can be very telling. Real Book limits this to terse comments like the one in “Fee-Fi-Fo-Fum”: “Swing.”

Also I immediately noticed the shaping of the phrase which can be notated for literate musicians – an indication of how loud the piece is to be played and where gradual crescendos and decrescendos occur. 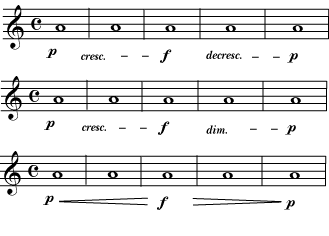 Then I noticed that in Shorter’s composition as notated in the Real Book written silences are just that: silences. Rests often indicate a strong beat for the rhythm section to be followed by melodic gestures on the upbeat. This is pretty usual procedure when the chord symbol is written over the rest as it is in this piece.

But a quick listen to the recording reveals that all music should suddenly stop at the rest. A much different effect.

Finally I started looking a bit harder at the harmonies in this piece. On the recording Herbie Hancock plays a beautiful introduction that is nowhere on the Real Book page. 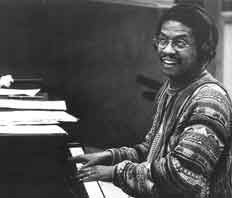 I started goofing around with it and realized it was pretty complex. A quick look at my Jazz reference books pointed me toward the subtlety and complexity of this passage as played by Hancock.

The introduction was referred to this way in Chapter 23 “Loose Ends”  of Mark Levine’s illuminating book: The Jazz Theory Book:

The Limitations of Traditional Theory

“Early on in this book I said, ‘there’s a reason they call the subject music theory, and not music truth.’ Theory attempts to rationally explain what is essentially a nonrational experience. As such, terminology especially chord symbols, can only approximate what we hear as music. As an example play the chord in figure 23-22. Herbie Hancock plays this dark, rich chord in the first bar of the intro on Wayne Shorter’s “Fee-Fi-Fo-Fum.” The chord symbol is …[technical explanation omitted out of mercy] …. In other words the chord symbol only gives you a rough idea of how to improvise over this chord.”

Unfortunately Levine does not indicate the rest of the chords in the introduction.

In another place he makes this comment about this tune:

“Seen for the first time these changes [in the first four bars of Fe-Fi-Fo-Fum”] can seem difficult even to experienced musicians.”

I took a bit of consolation in this phrase and began to soften my self-criticism about my inability to grasp this piece quickly at sight Friday from the Real Book page.

What struck me most was how far the notation was from the intention of the composer. Literate musicians can be instructed in much more detail about these intentions. This would probably clutter up a Real Book melody/chord rendition. But at the same time it would enable better understanding of the composer’s intention.