Eileen and I went out to breakfast together yesterday at Panera and neither of us realized that it was our 35th wedding anniversary. Eileen later called and left a message on my cell wishing me a good one.

I remained at Panera studying the score of the first movement of the Mendelssohn D minor trio sonata my trio is learning. Score study is something I don’t see a lot of trained musicians doing. It’s one of those dots that rarely gets connected in many educational institutions. 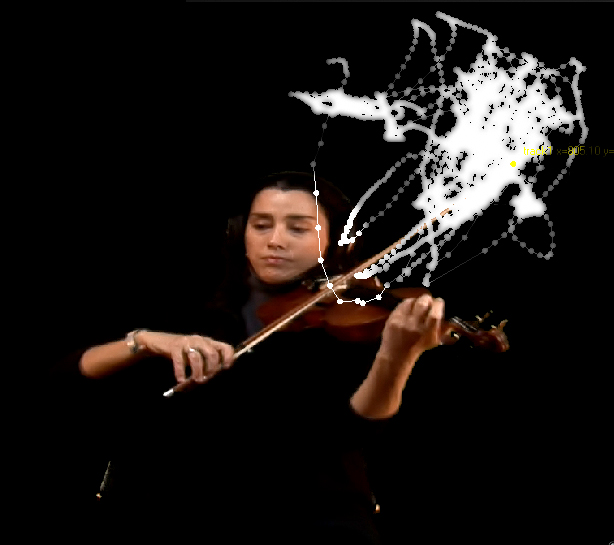 Conductors are encouraged to do score study. But again my experience of many college conductors is that not even they spend a great deal of time with the scores in preparation for rehearsal and performance. Instead they wing it with the score in front of them using their immediate skills and knowledge to interpret.

I hasten to add that many conductors do prepare scores. It’s the usual thing.

But winging it and giving the appearance of knowing what you are doing seems to be a skill encouraged and developed by being a college teacher.

Just my impression of course.

But instrumental and vocal performers are a different case.

I fear that learning notes and rhythms and dynamics and interp take up so much time that players learn to sort of ignore the nuts and bolts of the music of how the music is put together compositionally.

Having said that, I love to look at the nuts and bolts of music, the puzzle of how it is structured and thought up.

The Mendelssohn first movement mentioned above is a fascinating blend of structure and innovation that doesn’t draw too much attention to the fact that it is subtle and carefully worked out.

By the time I looked up at Panera yesterday at least an hour had passed. But I had cracked much of the code of the piece I was looking at.

This morning I got up and worked on understanding two parallel passages Mendelssohn uses to close off two important sections of the piece.  These two sections had already come to my attention as a performer since they involve some pretty treacherous exposed octave passages (very Mendelssohn) in the piano part.

I was interested to learn that Mendelssohn uses the material in the first instance to calm the piece into a restatement of the main them. In the second instance he extends and elaborates the same material but uses it to build to a climax. Very clever.

These are things one only learns sitting and carefully looking at the notes one is learning.

It is my suspicion that musicians are vaguely aware of form and motive and structure. One knows of course that one is playing a theme or repeating it whole or fragmented or other wise varied. 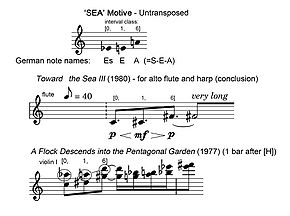 But I wasn’t sure in this piece (still trying to figure out actually) if Mendelssohn was using the structure that Beethoven, Mozart and Haydn used so much in many of the first movements to their symphonies and sonatas.

This is sometimes called Sonata Allegro form and involves a 3 section piece.

In the three composers mentioned above, these sections are pretty easy to see. Often they are marked off with major repeats.

Section 1 is usually repeated. In it you have the main themes that close off out of the main key.

Section 2 “develops” material. Depending upon the composer this material can be new, derivative, fragmented…. whatever. Haydn liked to use the main theme here again but in devious and clever variations.

Section 2 builds to a restatement of the main theme which then closes off in the home key usually using material from the latter part of section 1.

If it sounds a bit vague, it actually is. But one can lift the veil so to speak and pretty easily see what Mozart, Haydn and Beethoven are up to.

Mendelssohn was writing just after Beethoven’s death and was extremely well informed about how previous composers made their music.

Like Brahms he became both more structurally innovative but releasing more intense romantic emotion via these very disciplined and clearly worked out variations on the forms of the past.

All this said, I’m not 100 % sure that Mendelssohn used this form in this movement.  But it looks like he may have but of course made it not only his own but quite beautiful.  Wikipedia confidently asserts he did use this form. But just as confidently asserts that the development section is in the home key and uses both themes from the first section.

This makes it dubious that it is functioning in quite the same way as the classic development section (usually a push away from the home key).