I woke up from a dream this morning  in which I seemed to be improvising at the piano in a meeting. My contribution to the conversation was the music. Others were making comments as one does at a meeting. I woke and remembered vaguely what I had done in my improvisation and got up and jotted it down. I am mistrustful of  ideas from dreams because they often seem so much better in the dream than in waking life. Heh. 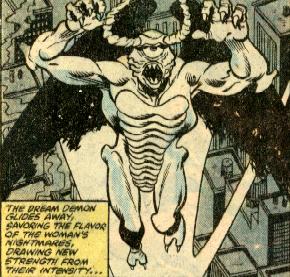 Mom’s shrink decided not to hospitalize her yesterday. I was prepared to spend my day dealing with Mom and health care bureaucracy. I even wore my dress up clothes.  I have found that looking a bit more formal seems to be a positive influence on people in this area. Often if I dress the way I would prefer (informal and a bit eccentric), people treat me with less respect or even a lack of cordiality.

I also had my computer and reading material with me.

So all of this was totally unnecessary. Mom’s shrink upped her meds a tad and scheduled another meeting with her in a week. She sees her psychologist this afternoon. Her depression is not lifting but her willingness to force her self to “go through the motions” of activities seems to be a good sign. At least this is what I got from the shrink.

I have a lot of confidence in him and other people who are helping with Mom’s care in Holland.

After getting Mom situated back at her place, I went to the Hope(less) college music department library and photocopied a page of the first Hindemith organ sonata. My copy of this piece is torn and I was actually missing a measure. This restores mine. Then I went to the bank and inquired about my mortgage which is nearing it’s completion (several years early due to the fact that we have overpaid our payment every month from the get go).

I had it in my head to get a copy of one of the Stieg Larsson Millenium trilogy. Eileen warned me that these books are immensely popular. Larsson came to my attention via an article in this week’s NYT Sunday Mag “The Afterlife of Stieg Larsson” by Charles McGrath [link]

The third volume in his posthumous series is coming out in the USA. McGrath compared it to when Dickens’ novel, “The Old Curiosity Shop,” was appearing in serialization in a US magazine. He describes the scene of people waiting on the dock for the ship to arrive with the next installment.

Eileen was right. There were no copies in the library. When I checked the catalogue, there were long reserve queues for them. Even the ebooks. I could have managed to obtain an online audiobook version of one of them but I wasn’t interested.

I came home and bought the Kindle edition of the first volume for around $7.00. My daughter later pointed out to me how she has seen the first buy valium in bangkok volumes available for very little in used book shops in NY. I checked again  and saw that they are pretty cheap used on Amazon, but when I factor in S & H, I probably only paid a couple more bucks for my Kindle edition.

I don’t own a Kindle. I just use the Kindle software on my Netbook to read Kindle books. This enables me to easily read while I treadmill. Which is what I did yesterday.

I avoided going to church to practice organ even though the Hindemith organ sonatas are on my mind. I needed some space.

Larsson’s little crime novel is good for this kind of relaxing. He wrote it in Swedish and it exists in translations. The writing is a tad clunky but I don’t expect too much from it.

I realized when I was reading it that one of the main characters (Slander) is described as “a pale, anorexic young woman  who had hair as short as a fuse, and a pierced nose and eyebrows. She had a wasp tattoo about an inch long on her neck, a tattooed loop around the biceps of her left arm and another around her left ankle.”

She is the “Girl” in the titles of these books I guess. I was immediately drawn to the character because she is continually underestimated by people who meet her because of her appearance and manner. And of course she’s brilliant.

Okay. Okay. It’s obvious this is one of those guilty pleasures for someone like me. Living in Holland. Who is eccentric. And constantly under estimated by people.

I also realized recently that in two of the novels I am reading, one of the important character, if not the main one, is a composer.

In my beloved Burgess’s first novel, “A Vision of Battlements,” Ennis is an English soldier serving in WWII in Gibraltar who is a misfit of a dude (ahem) who parties and misbehaves but also finds time for some serious composition.

In Kathryn Davis’s “The Girl Who Trod on a Loaf,” the dead composer, “Helle Ten Brix,” literally haunts the narrator and has left her the tormenting tasking of completing her opera which shares the name of the novel. 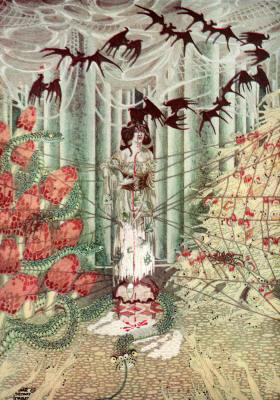 In this latter case, I also realized how much Davis owes to Thomas Mann’s book, “Doctor Faustus.” I have read “Doctor Faustus” at least twice.  For some periods of my life Mann was my obsessive author. “Doctor Faustus” is a thinly veiled use of the life of Schoenberg (who was incensed by it…. his character, Adrian Leverkuhn, makes a deal with devil for his weird composing style in a syphilitic delirium).

So there you have it. Composers are on my mind.

I had a nice chat with my NY daughter last night. She arouses my envy by her NY adventures. She also has been making lovely lovely drawings lately of Dr. Sketchy models. Very cool.