Managed to submit all the material for the upcoming bulletins yesterday. This involved finalizing the organ and choral music for Xmas eve and organ music for Xmas day. It’s all by Bach and Messiaen. 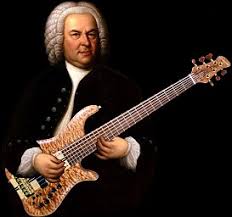 I wrote a listener’s guide for the bulletin for the Messiaen:

Listener’s Guide to today’s organ music The music of Oliver Messiaen (the composer of today’s organ prelude) sprang from his deep Christian faith. His music was conceived as painting pictures with sound. In “The Shepherds,” he has written that the first section is presented in “the color of stained glass: blue-violet, a touch of red, gold, and silver.” Jon Gillock writes that Messiaen creates a “revolving quality” in the beginning of this piece. “During this music, the shepherds have arrived at the stable and are kneeling before the baby Jesus. It is night, the stars are shining, the earth is turning silently, there is a very gentle breeze in the air.” One can hear Messiaen painting the stars in the quiet staccato chords in the background. The louder chords could suggest a breeze. Suddenly the music changes. The shepherds are getting ready to leave. They begin warming up their flutes. Then they launch into a dance that suggests a 16th century French Noel with a bit of a Middle Eastern flair. When I play this section, I picture a shepherd playing on the side of a mountain then stopping and listening while his entire melody returns quietly to him as an echo. The postlude today is based on the Lutheran Christmas Chorale, “Vom Himmel hoch” found in our hymnal at number 80. The shape of the melody suggests Jesus descent from heaven as God’s gift of love to humanity through his birth. The hymn begins: “From heaven above to earth I come….” submitted by Steve Jenkins, Music Director

The trick is not write too much and to write simply in this kind of thing.

It’s kind of ironic, I guess, because we are expecting a very small crowd on Xmas day. We don’t usually do a Eucharist on Xmas day, but since it’s a Sunday we going to this year. I don’t count the number of people who will be listening, I guess. 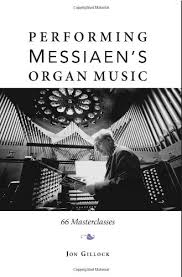 Gillock’s book on Messiaen is very illuminating as I mentioned yesterday.

Here’s a Youtube recording of my Xmas day prelude:

And here’s one of the Bach Postlude for Xmas Day:

Also spent a good deal of time practicing organ and piano yesterday. Actually found time to include some Sweelinck Echo Fantasies and chorale preludes. It never fails to amaze me that I never see the local Dutch Reformed people using Sweelinck. Probably too esoteric or something.

I received an email from the chair of the ballet department offering me about 13 hours a week of work for the spring term. Will probably do that.

Today I meet with my boss to review the final bulletins for the weekend. I want to run the ballet hours past her as well.

Enough is enough. Congress should reform our tax law to put the brakes on further inequality. Specifically, we propose an automatic extra tax on the income of the top 1 percent of earners — a tax that would limit the after-tax incomes of this club to 36 times the median household income.

Importantly, our Brandeis tax does not target excessive income per se; it only caps inequality.

The debate continues. Eileen and I still haven’t made up our minds. Right now we are considering purchasing two Kindle Fires or one IPad2 (for her).

Interesting take on the idea of “Beethoven” in Americans’ minds.

This article reminds me a bit of a Madeleine Albright story I read this morning regarding the half million Iraqi children who  died as a result of U.N. & U.S. sanctions (under Clinton).

“A 1996 UNICEF report estimated that up to half a million Iraqi children had died as a result of the sanctions. Asked to comment, Secretary of State Madeleine Albright, did not even question the figure. Instead, she replied, ‘I think this a very hard choice, but the price—we think the price is worth it.’

Andrew J. Becevich, The Limits of Power: The End of American Exceptionalism

The last link makes me want to end with this poem I read this morning.

A mind that has confronted ruin for years
Is half or more a ruined mind. Nightmares
Inhabit it, and daily evidence
Of the clean country smeared for want of sense,
Of freedom slack and dull among the free,
Of faith subsumed in idiot luxury,
And beauty beggared in the marketplace
And clear-eyed wisdom bleary with dispraise.

2 thoughts on “music and listener's guide for Xmas day”