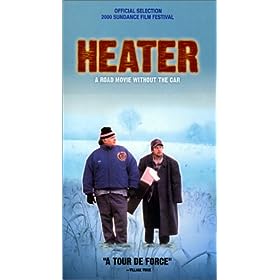 Netflix now has us on their streaming video list. This is an added service they provide with no extra charge. Subscribers get one hour of monthly streaming videos for every dollar of their subcription payment (which depends upon which level of service you have chosen…. Eileen and I have the 2-videos-at-a time service which costs about 15 bucks a month).

Last night we streamed Heater. Eileen picked it out and I enjoyed it immensely. Judging from customer reviews, this flick isn’t for everybody. Made around 1999, it chronicles a day of two men living on the street. Nothing happens, okay? Bruce Willis is not in this movie.

I liked it better than any movie I’ve watched in a while. The acting was pretty strong. The title comes from the fact that one of the main characters carries around a new heater in a box for most of the film. The dialogue is believable. The story is believable.

When I first discovered that we had the streaming option, I streamed The Ladies Sing the Blues. 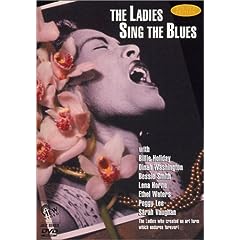 It’s a sort of documentary which has two arresting moments. One when Bessie Smith sings on camera and one when Billie Holiday sings on camera. I guess it’s worth it just to watch these two for me. The rest is pretty limp. Ethel Waters sings a disturbing song called about “darkies.” The great Lena Horne and Sarah Vaughan and Sister Rosa Tharpe are also on camera but these don’t show these people at their most interesting and artistic.

I really like the new Netflix streaming option. Not all videos are available, but still it’s kind of cool.