I just ordered a copy of this book. Reading online reviews revealed to me the structure of two sections of poems in the book called : “The Future of Terror” and “The Terror of Future.” While I noticed Harvey’s heavy usage of alliteration, I failed to perceive that in each poem in the first sections, she used words in alphabetical order from “G” to “S” and in the second section from “S” to “T.” Get it? She is either working her way alphabetically from [F]uture to [T]error or from [T]error to [F]uture, non-inclusively.

I fell in love with this little poem which occurs as the next to the last poem in “The Terror of Future.”

TERROR OF THE FUTURE/9

The teacups tied to strings along the walkway
stayed silent, had no warning songs to sing.
We shook talc onto our tastebuds
and watched the skyrockets, starry-eyed,
until night blacked them out like a giant
malevolent Sharpie. Scouts gathered
in the square and surveyed the Room
For Rent signs. In this and only this did we have
supply and no demand. It was a long time
since anyone had felt a quiver on the railroad.
We argued timetables, regardless,
(I was just glad you were speaking to me).
You wanted to go to the provinces.
I wanted to see the palace. Of course,
given the state of the ozone, we weren’t
going anywhere. We weren’t outdoorsy
anyway. Our anoraks were moth-eaten
for a reason. You said, I am morose, a new kind
of rose. I pointed hopefully at my foot and said
mistletoe? No. You wouldn’t get within a meter
of me. Later, when your lungs filled with liquid,
you might have said love, you might have said leave.
I said I love you too and left the room.
There was no ice storm, no helicoptered-in help,
no Hollywood ending. Just a gasp and then
no more you, which meant the end of me too.

from Modern Life by Matthea Harvey 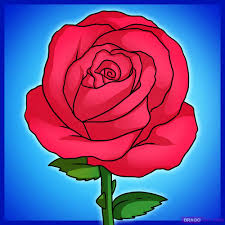 On Pentecost we are doing a little arrangement of a Bach chorale. I decided it would be a good Sunday to do some Bach on the keyboard. I’m learning the C major Prelude and Fugue from the WTCII (BWV 870) to play on the piano for the prelude. It’s a happy little thing.

For the postlude, I am finally learning “Fantasia on KOMM, HEILIGER GEIST” BWV 651. I remember when one of my colleagues in grad school played this piece on her Master’s recital. Learning it, I am surprised that is relatively easy. At least easier than my Master’s recital Bach piece which was the D major prelude and fugue.  I always thought I would learn this piece some Pentecost. It’s time.

Online short story I stumbled across.