I received some insight into myself yesterday via a staff discussion. Due to a lack of specific information I had severely misread and mis-assessed a fellow worker.  I can see that my interpretation of this person’s behavior was largely colored in a negative way by being too quick to ascribe motives to others. Oy. What a basic mistake. At the same time I was discouraged to observe that my expectations of people’s education levels and sophistication is woefully naive. Another Oy. 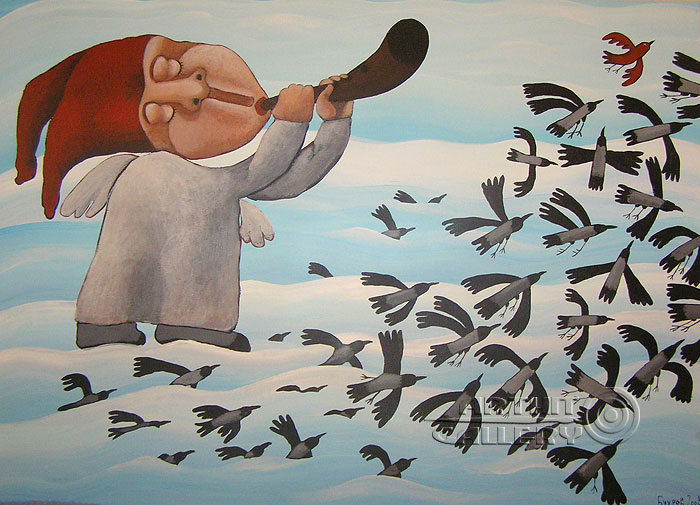 I find myself being drawn deeper into my old vocation of church musician. I have mentioned to a couple of people that I feel like Jonah in the bible story.

But I can’t decide if I’m at the point he is in the ship revealing to the sailors that he is running from God (and consequently thrown overboard). Or if I’m in the belly of the whale stubbornly refusing to listen to the voice of reason (God). Or if having succumbed to the notion that he is called to warn the people of Ninevah, subsequently freed from the prison of the stomach of the sea creature and wandering the streets of Ninevah prophecying doom and being nicely ignored. Heh.

Anyway, after my conference and taking my Mom to the shrink and going out to lunch with her, I found myself working intently on more organ music for upcoming services. Specifically this Sunday I am preparing a hoary old Anglican organ postlude bySir Charles Hubert Hastings Parry. Sheesh.

After I decided to use this piece this Sunday, I thought it might be nice to point out to the congregation that I chose this postlude because Parry was also the author of the closing hymn tune. And before you know it I had written up a little article for the bulletin, something I have been trying to avoid doing because I think it might be a bit of good natured over functioning on my part as an under paid part time employee. 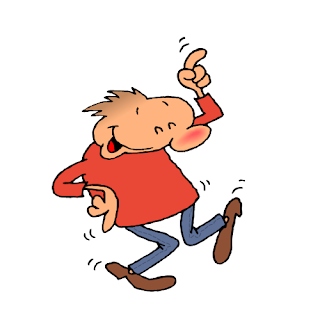 But there you are.

A high point for me yesterday was actually finding a check in my box for the funeral the day before. Although this may have been due to the graciousness and alertness of this particular family, I am still glad not to have to do the all too usual groveling and begging after I play music to get paid. 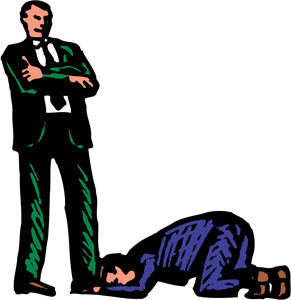 After a pleasant meal with my wife at her place of employment I came home and purchased an MP3 album of the Isley brothers greatest hits. I was thinking of them due to the recent death of their bass player, Marvin Isley. I do like the funk. I also listened to Public Enemy’s youtube version of their hit Fight the Power. All of this cheered me considerably.

After purchasing this album, Amazon decided to email me a coupon for $4 towards their on demand video service.

I was just eyeing a 1957 movie, “Lucky Jim,” based on the novel by Kingsley Amis that I recently read and starring Ian Carmichael an actor I admire.

So I broke pattern and sat down and watched it online by myself, something I rarely rarely do. 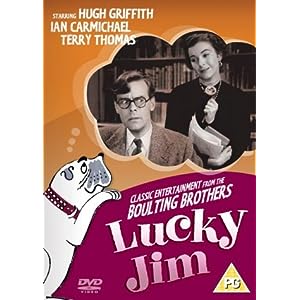 I enjoyed it thoroughly. I don’t necessarily recommend it unless you like goofy b&w adaptations from UK 50s bestsellers. Apparently I do.

I have an appointment in just an hour with my former doctor to try to get onto stronger high blood pressure meds. My present internist is gone until July and I don’t want to wait until she is back to change meds. It’s a bit awkward because I intentionally switched doctors and now I am returning to the guy I left.  But it should work out fine.