The assistant priest preached yesterday on the concept of “ideology.” Not sure how he got there exactly from the gospel story of Peter walking on water with Jesus (“I was sinking deep in sin, far from the peaceful shore…”). 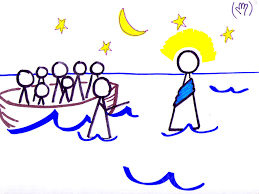 He struggled with the idea and read us the Webster Dictionary definition. He said he had his own definition but never quite got round to telling us what it was. He was trying to define ideologies negatively but kept tripping up and saying that though St.Paul sounded like an ideologue he wasn’t one. I wasn’t convinced.

Ever since I was a kid, I have had problems with St. Paul. I think the problem was that I actually read the Bible and he says some pretty outrageous stuff in it.

This morning I was finishing up reading my treadmill links (I usually line up a bunch of news stories to read while I treadmill…. usually from the New York Times which I subscribe to online).  Began reading True Believers, All of Us  by Frank Bruni. Bruni used the word, ideology, in his article and reminded me of wondering about the whole concept and how I think of the meaning of the word when I use it.

It turns out that the word, ideology, was coined in 1796 by the French philosopher, Destutt de Tracy, to mean “science of ideas.”

It is ironic that this enlightenment philosopher coined this word to mean a “philosophy of the mind which derives knowledge from the senses” (as opposed to metaphysics), from Fr. idéologie “study or science of ideas.” Since now the word is often used in a derogatory manner to describe unthinking allegiance to a belief system not based on logic:

“Ideology … is usually taken to mean, a prescriptive doctrine that is not supported by rational argument.” [D.D. Raphael, “Problems of Political Philosophy,” 1970] link to Dictionary.reference.com where I found much of this info

Bruni used the word as he sought for examples in the public rhetoric to support the idea of faith in general:

“While it’s inarguable that government has a tropism toward waste, and while tax increases should indeed be preceded by an inquiry into other options, the adamancy of the puritans’ position flew in the face of what many economists say, and it brooked no dissent. It felt more like theology than science.

“Particularly on the conservative side, we’re seeing a lot of beliefs that have this faith-based quality: ‘We know it’s true because our ideology tells us it’s true,’ ” said Alan Abramowitz, a professor of political science at Emory University, when I raised the subject with him on the phone last week.”

link to the article (same as above link)

Years ago I read Eric Hoffer’s book, The True Believer: Thoughts On The Nature Of Mass Movements. This book, published in 1951, generalized many traits common to mass movements.

I was obviously interested in this idea because of my church background as well as witnessing the craziness of true believers in the sixties. 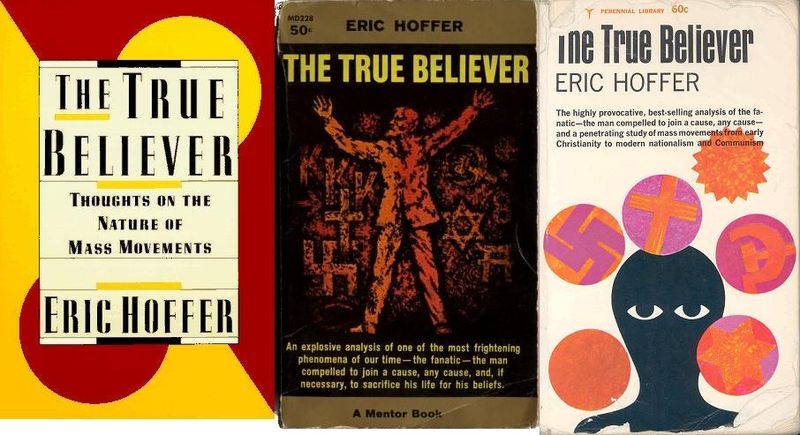 I remember well one young radical who was angry with me because I was trying to see policemen as humans: “You’ll think differently once you’ve been bashed over the head,” he said to me with passion. Later he was in on the group that blew themselves up trying to make bombs in Flint Michigan. Ay yi yi. 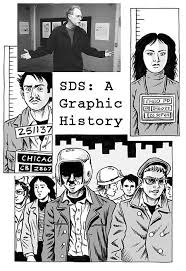 I often think of Hoffer as I read and study. I heard him once say that if he found a good sentence in a paragraph he would celebrate for a week. I understood this to be another expression of Theodore Sturgeon’s maxim: “90% of everything is crap.”

The Thrill of Boredom – NYTimes.com

What Happened to Obama’s Passion? – NYTimes.com

It’s Not Easy Being the Conservative One – NYTimes.com

Learning to Cope With a Mind’s Taunting Voices – NYTimes.com