I’ve contacted family members with a Mom update. But there are others of you who might be interested in the ongoing saga of my Mom. Oddly, yesterday was a record day of hits on this blog: 80.

Anyway, Eileen and I went over to the rehab cottage where Mom is currently staying. We had an appointment with her care team and went over early to check in on her. We were surprised to find her placidly sitting up in bed. She looked much better. She was much more responsive than the previous few days. She seemed interested in seeing pictures of grandkids (a usual ritual we go through on almost every daily visit). After a while she said she was tired and wanted to sleep.

Mom’s Aetna/Medicare is paying for stay at the rehab cottage part of the Resthaven complex. It is dependent on her doing some sort of physical therapy and giving indications however feeble that she is on the road to function better. The physical therapist and the social worker told us that if she didn’t show any improvement in her ability to take care of herself by Thursday, then she would have to be transferred to another room in the complex designated as full care. At that point, we would pay for this with what is left of her money and then apply for Medicaid.

I’m planning to attempt to communicate to Mom that she is at a bit of a crossroads. It is possible she will rally a bit and start to at least attempt to get better. There have only been a couple of days this week when I began to wonder if she was, indeed, losing her will to live. So we’ll see.

Last night, I was reading in Jerusalem by Alan Moore. I was pleasantly surprised when Alma Warren, the female character apparently loosely based on Alan Moore himself, pulled out a treasured copy of Forbidden Worlds No. 110. 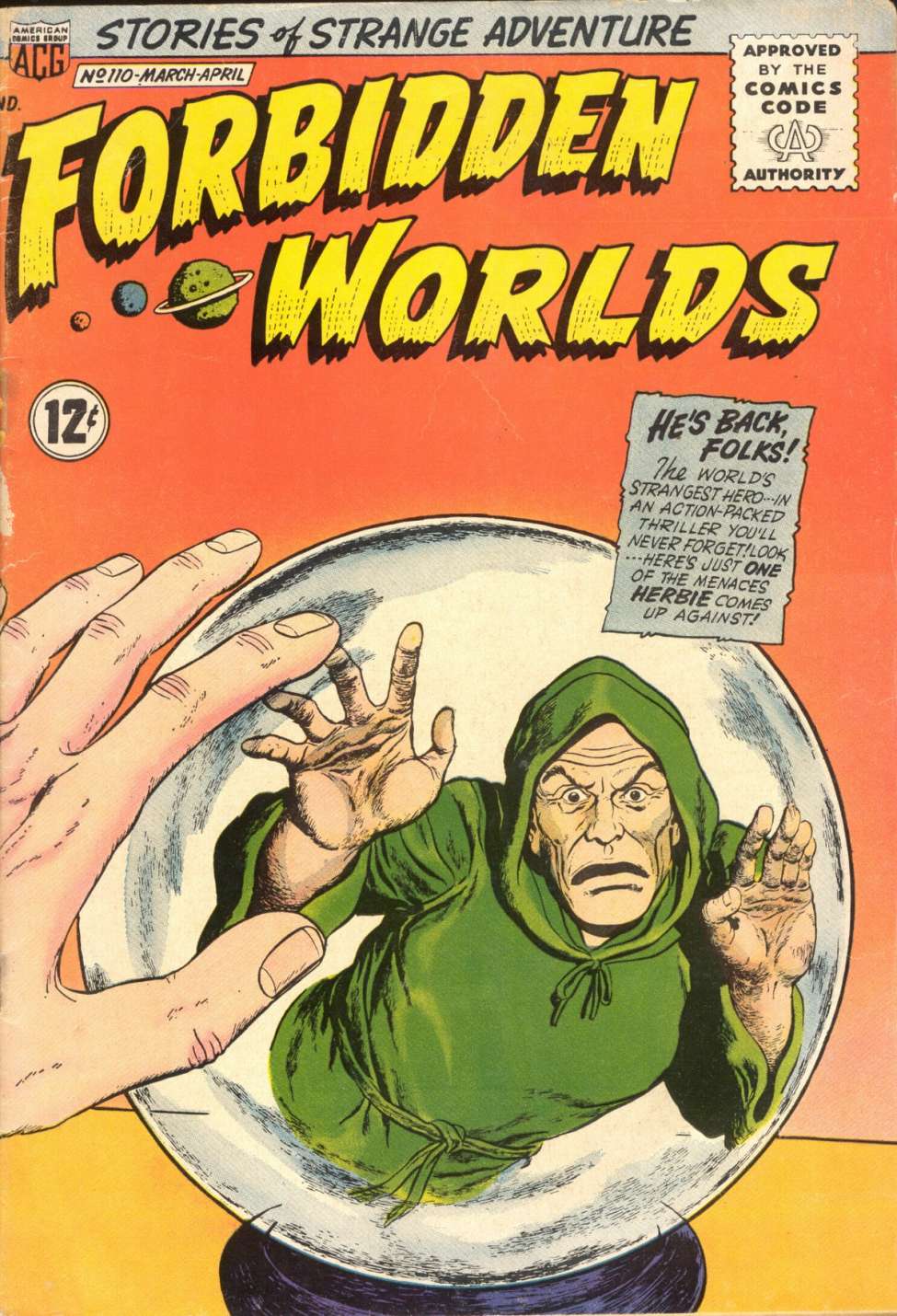 She then proceeded to check to see if the Monk on the cover appeared in the Herbie adventure in this issue. She suspected it was “a generic piece of artwork pulled from the inventory.” Thumbing through the Herbie chapter, she discovers she’s right.

Alma is an artist herself. This is very important to the plot of the trilogy but I’ll spare you that at this point. She (and presumably Moore himself) admires the artist who drew Herbie, Ogden Whitney. 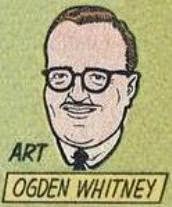 When I was reading last night, I wondered how much Moore was making up. I was delighted, because as a young man I read Herbie comics.  If you are a careful reader of my blog, you will know that he occasionally appears here. As you can see, Moore was making nothing up.

In the course of checking it out I discovered a very cool online site that allows you to read old comics. Here’s a link to the Forbidden Worlds No. 110

The poem above ends this way:

Carpaccio’s Middle East evokes an air-borne
Carpet, a sash and headgear the color of flame
Turned into Holland’s tulips whose very name
Comes to him from the Turkish word for turban.

Baptism of the Selenites by Carpaccio.

I looked it up and it’s true. Tulip comes from the word turban presumably because of its shape. Who knew?